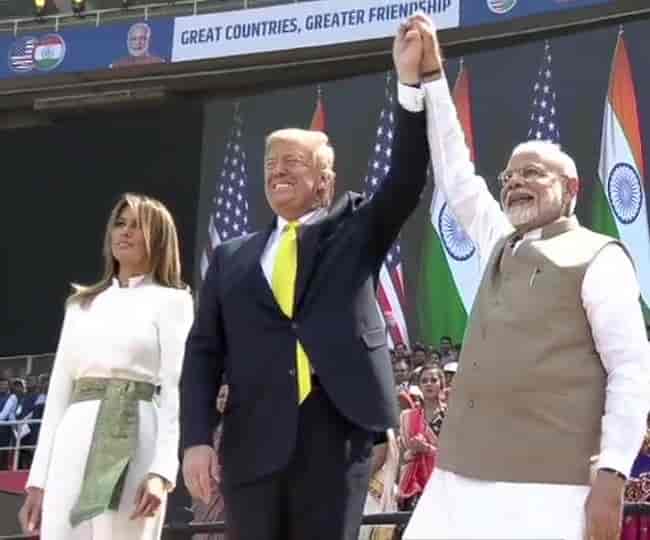 US President Donald Trump heaped praises on India saying “America will always remain a loyal friend to India” as he addressed a packed stadium in Ahmedabad, hours after landing in Gujarat’s largest city with First Lady Melania Trump and his family.

“Namaste, America loves India,” President Trump said, drawing applause from the over one-lakh strong crowd. “I would like to begin by thanking my special friend, Prime Minister Narendra Modi. The Prime Minister – the son of a tea seller in this very city – has had a remarkable rise… He is a great man. Everybody loves him, but he is a very tough negotiator,” President Trump said. “Namaste, Trump,” PM Modi said, opening his speech at the packed stadium. “America-India relationship is no longer just another relationship, but an inclusive and exhaustive partnership,” PM Modi said. President Trump praised India’s programmes to give electricity to millions of homes and other policies that have helped the country grow.

The Trumps then flew to Agra and visited the iconic Taj Mahal, where they were given a guided tour before flying to Delhi and retiring for the night.