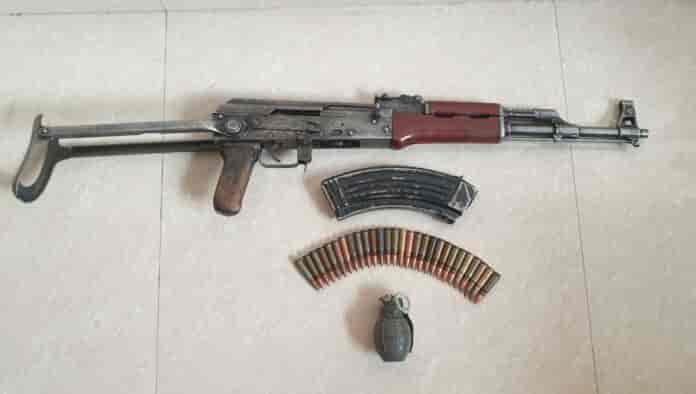 Srinagar: The Jammu and Kashmir police on Thursday claimed to have busted a module of Al-Badr militant outfit by arresting its four over ground workers in south Kashmir’s Awantipora district.

In a statement, the police said that based upon the specific information about the presence of militants of outfit Al- Bader in village Dadsara and Larmoh Awantipora, Police Awantipora with the assistance of 42 Rashtriya Rifles and 130 BN Central Reserve Police Force (CRPF) launched a search operation in village Dadsara and village Larmoh during the intervening night of 23-24 December.

During the search operation, four persons were found in highly suspicious circumstances, and during on-spot questioning, they admitted to having concealed the arms and ammunition under the heap of grass. During the search of the area, arms, ammunition, and explosive were recovered.

Case FIR No. 195/2020 under relevant sections of law stands registered at Police Station Awantipora. The investigation of the said case is going on, more arrests and recovery is expected in the said case, reads the statement. (GNS)