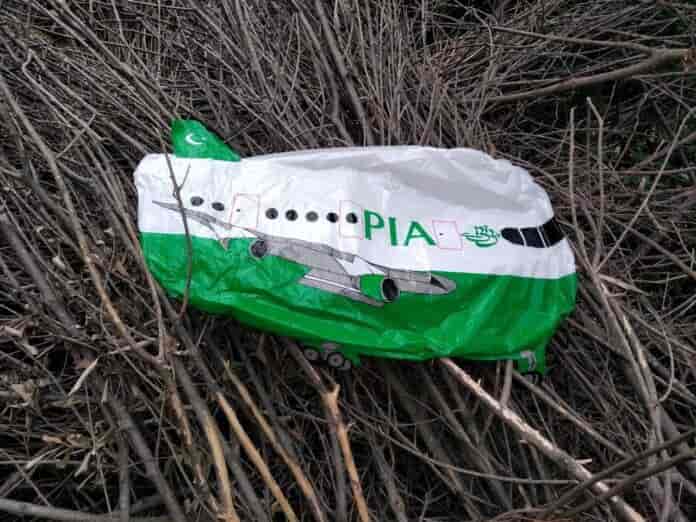 An airplane-shaped balloon with ‘PIA’ written on it was found in Poonch district of Jammu, officials said on Tuesday.

Reports said that the balloon was found in the Achhad area near BSF Camp in Block Mankote in Mendhar area of the Poonch. SDPO Mendhar Z A Jafri confirmed the recovery of the ballon.

This is for the fourth time recently that the Airplane-shaped balloon with PIA written on it has been found in Jammu region. On three occasions it was found in Jammu district. PIA stands for Pakistan International Airlines while the balloon was shaped exactly in the form of an airplane with windows and doors painted on green and white background. (GNS)