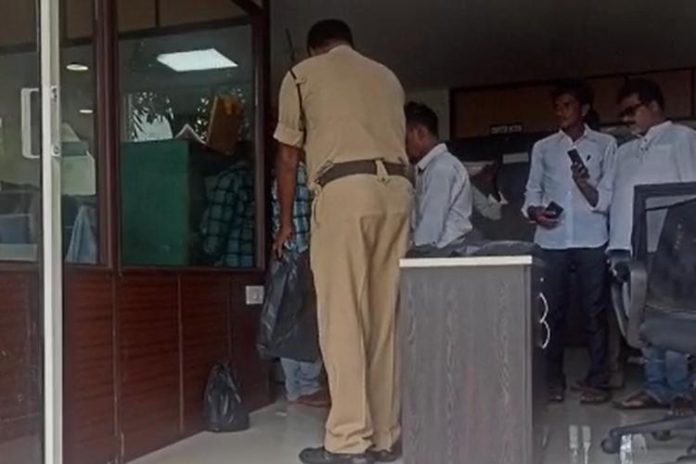 In a gruesome incident, a woman walked through the streets of Andhra Pradesh’s Rayachoti and into a police station, holding a deceased woman’s severed head in her hands, reported The News Minute.

The woman, Subamma, said that she killed her 35-year-old relative Vasundhara on Thursday and walked about 6 km to the police station to surrender.

According to police, Vasundhara was the daughter-in-law of Subamma’s sister.

SP of Annamayya Harshvardhan Raju told the media that Subbamma suspected Vasundhara of having a relationship with another man, and that she was worried Vasundhara would transfer the family’s property to his name. Subbamma and other relatives reportedly invited Vasundhara to their home on the pretext of having lunch together, where Vasundhara was killed and beheaded, reads the report.

The crime has sent shockwaves across Rayachoti, which is the district headquarters of Annamayya district.

Visuals that have surfaced of the incident show Subamma walking through the streets of the town with Vasundhara’s head with her bare hands, which she then kept at the entrance of the police station.

As per the report, police officers rushed to the scene of the crime, where they found Vasundhara’s torso. The woman’s mortal remains have been sent to the government hospital for autopsy.

A case has been filed against Subbamma under section 302 (punishment for murder) of the Indian Penal Code. Police said that they are attempting to identify and apprehend the others involved in the crime.