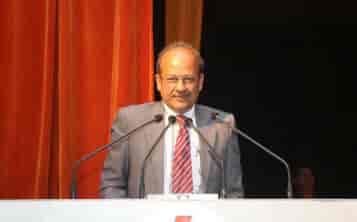 Srinagar: On Thursday, the acting Chief Justice of Jammu and Kashmir High Court Rajesh Bindal was transferred to the Calcutta High Court.

“In exercise of the power conferred by clause (1) of Article 222 of the Constitution of India, the President, after consultation with the Chief Justice of India, is pleased to transfer Shri Justice Rajesh Bindal, Judge, Common High Court for the Union Territory of Jammu and Kashmir and Union Territory of Ladakh, as a Judge of the Calcutta High Court,” reads an order by Ministry of Law and Justice.

Justice Bindal has been directed to assume charge of his office in the Calcutta High Court. He was appointed as the acting chief justice of J-K High Court on 8 December.

The University of Kashmir has postponed all PG, engineering and other examinations scheduled to be held on 30 January...
South Asia