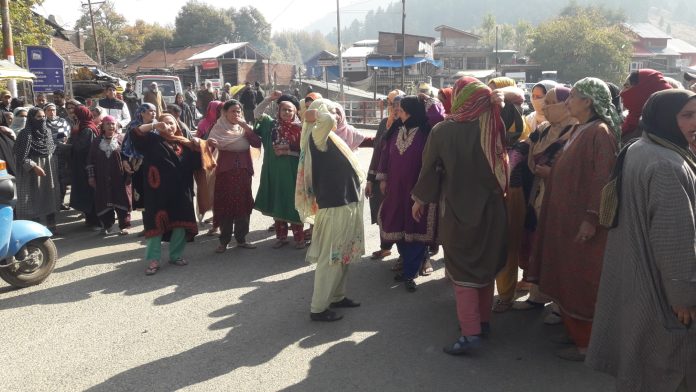 A family on Saturday staged a protest in Achabal area of Anantnag district in south Kashmir against the alleged murder of their daughter by her in-laws.

The family and relatives of the woman assembled at Achabal and shouted slogans in support of their demanded for “immediate action against the in-laws for alleged murder of her” at Kehribal Mattan Anantnag.

“The height is such that her in-laws left the hospital after she died instead of taking her body for last rites,” they said.

Meanwhile, the family demanded strict action against the in-laws and urged authorities to act swiftly so that the “culprits are brought to book immediately.” A police team later reached the spot and pacified the protesters, mainly women, with the assurances of action as warranted under laws. Later traffic through the area was restored.

A police official that proceedings have been launched into the incident. (GNS)

Previous articleMobilize, gear up in advance for better patient care in winter: DHSK to officials
Next articleCourt of Inquiry to probe army chopper crash in Arunachal,04 bodies found