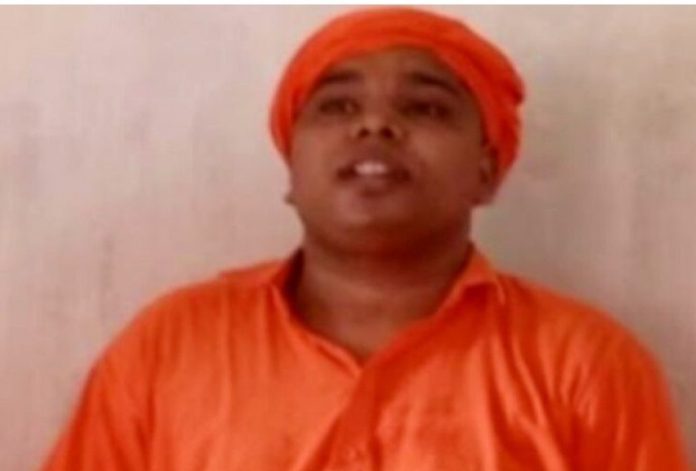 A Uttar Pradesh Hindu priest, who allegedly delivered a hate speech against a community and made a rape threat, has been booked, quoting police news agency PTI reported.

Bajrang Muni Das, the mahant of the Maharshi Shri Lakshman Das Udasin Ashram in Khairabad town, allegedly made the speech and threat on April 2 and the video of it surfaced on social media platforms on Thursday.

A video of a saffron-clad seer allegedly delivering a hate speech and issuing a “rape threat” surfaced on social media on Thursday (April 7, 2022). In the video, which soon went viral on social media, a priest can be heard threatening to kidnap and rape Muslim women.

“A case has been registered against Mahant Bajrang Muni Das over his hate speech in Khairabad. After collection of evidence and inquiry, police will initiate action accordingly,” Additional Superintendent of Police Sitapur, Rajiv Dikshit, said.

Hours after the case was registered against Das on Friday, a video surfaced online, in which he apologises and says his statement was presented in a “wrong way”.

“My statement has been presented in a wrong way. I seek unconditional apology for the same,” he said.

The National Commission for Women (NCW) on Friday sought Das’ arrest and reprimanded police saying it cannot be a mute spectator and should take appropriate measures to curb such incidents.

In a two-minute video containing the hate speech, which is said to have been recorded on April 2, Das can be heard saying if any Hindu girl is teased by a man belonging to a particular community, he would himself rape a woman of that community.