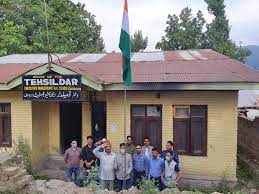 People in north Kashmir’s Kupwara district are suffering as several critical posts in the revenue department are lying vacant, resulting in a delay in getting their work done in a timely manner.

As per sources in the department, at least five posts of Tehsildars and ten posts of Naib tehsildars are vacant in the district.

“We make frequent visits to the office of Tehsildar and Naib tehsildar but the non-availability of the officers has been causing a major inconvenience to us in getting our work done on time,” a resident of Kupwara said.

The Kashmir Walla has learnt that the Tehsil offices in Lalpora and Qalamabad are without heads for quite a remarkable time, resulting in the piling of pending work.

Surprisingly, both Tehsildar, as well as Naib tehsildar positions, are vacant in the Zachaldara, Trathpora, and Vilgam revenue units of the district.

Following the dilution of Jammu and Kashmir’s autonomy, the overburdened revenue department is witnessing heightened work as major administrative changes necessitated by the decision, pertain to the department that includes the issuance of new domicile certificates, besides modification of land records.

Meanwhile, the department is going through the process of digitisation of revenue records that has already assimilated much of its workforce leaving several of its offices with a deficiency of employees.

Sources said, waiting to be filled, the key positions in the revenue department are also vacant in other districts of the Union Territory.

As per official records, over a hundred posts of patwaris in the department are still vacant besides several Tehsildars and Naib tehsildars in the erstwhile state. However, the process for recruitment of at least 142 patwaris has been initiated.

The Kashmir Walla has taken up the issue with Divisional Commissioner Kashmir, P K Pole, for comments. The story will be updated when and if he responds.

Previous articlePahari community to get reservation but no tempering with Gujars, Bakerwals’ status: LG Sinha
Next articleSopore transporters to go on strike over ‘illegal’ move of bus stand