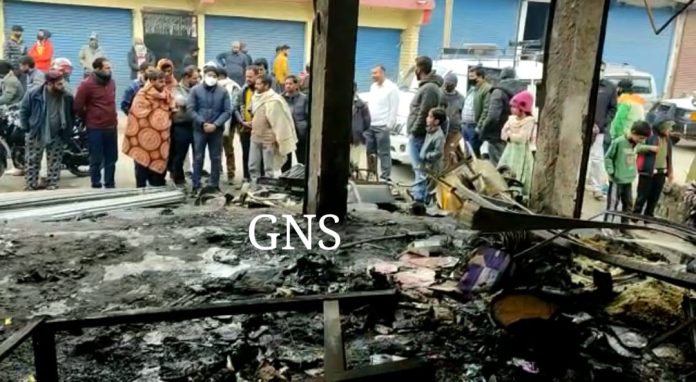 Poonch: Three shops were completely gutted in a massive fire augmented by the explosion of three gas cylinders in Mendhar area of Poonch district last night, officials said on Wednesday.

They said the fire erupted under mysterious circumstances near Dakblangow Mendhar during the interevning night of February 1 and 2.

Three gas cylinders inside one of the shops—a tea stall, exploded leading to blast-like sound which caused panic in the entire vicinity.

Fire and emergency department along with a police party from Mendhar police station reached the spot and brought the fire under control. However, three shops were completely gutted.

SHO Mendhar Manzoor Kohli told GNS that while three shops, belonging to Mumtaz Ahmed Khan son of Hadayat ullha Khan of Gouldh Mendhar, were completely gutted; there was no loss of life or injury reported in the incident. (GNS)