Srinagar: On 4 August 2019, the rumors about the central government’s plan of abrogating Article 370 of the constitution were getting stronger. In reaction, the regional faces of political led by former chief ministers (CM)—Farooq Abdullah and Omar Abdullah of National Conference (NC), Mehbooba Mufti of People’s Democratic Party (PDP) and other politicians from Peoples Conference (PC) led by Sajad Lone and Dr. Shah Faesal of Jammu and Kashmir Peoples Movement (JKPM) held the joint meeting, pledging to defend the special status of Jammu and Kashmir (J-K). They called it Gupkar Declaration.

On 5 August 2019, on the floor of Rajya Sabha, union home minister Amit Shah announced the abrogation of Article 370 and bifurcation of J-K into two union territories — J-K and Ladakh. In the following days, the central government detained numerous political leaders, including three mentioned former chief ministers.

Five months later, many politicians have been released by the government and various political parties have also started their minor political activities. But, NC parliamentarian, Justice Hasnain Masoodi, who had won the 2019 Lok Sabha elections from Anantnag constituency, south Kashmir, claims that Gupkar Declaration is still active.

We spoke to Justice Masoodi about his party’s stance on claiming the revival of autonomy, territorial integrity, and release of political leaders.

How is NC performing its political activities after the abrogation of Article 370?

Our leaders and workers continue to remain under detention and we couldn’t do much activity. Before the restoration of cellular network, we could not hold a single meeting but now we are slowly assembling and conducting meetings and programmes with our workers.

Our normal meetings are getting affected due to the continuous detention of our top-brass leadership that includes three-time CM, Dr. Farooq Abdullah, and another ex-CM Omar Abdullah, besides our general secretary, Ali Mohammad Sagar. The height is that they have been detained under section 107 — breach of peace.

When did you last meet Dr. Farooq Abdullah and Omar Abdullah? What did they tell you? Are you in touch with them?

I last met Omar Abdullah three months ago, since then I haven’t been allowed to meet him. But only a few weeks ago, I met Farooq sahab. Both the leaders are upset at the 5 August decision but are steadfast for the restoration of Article 370 and revival of statehood.

Tell us about Gupkar Declaration, where does it stand now?

See, you have to understand Gupkar Declaration is the baseline. On the evening of 4 August 2019, all the political parties, including Congress, assembled at Gupkar Road and signed a declaration to jointly fight against any attempts of abrogating special status of J-K. We tried to wake up the centre about the dangerous consequences of abrogating Article 370. Now, I expect the leadership from all parties will pick up thread from the Gupkar Declaration and strategize the future course of action accordingly.

When top leadership of your party is under detention, who is running the activities?

In absence of our main leaders — Dr. Farooq Abdullah, Omar Abdullah, and Ali Mohammad Sagar — we are not taking any major decisions as of now but only conducting meetings and programmes with our workers. When our leadership will be released, we will take decisions about the future accordingly.

There are reports about the emergence of third-front? Reportedly, some senior politicians have approached Lieutenant Governor (LG) in Jammu. If a third-front emerges, will it be successful?

Look, everyone has the right to join politics and shift to different political parties. We cannot question the choice of leaders if they are shifting from one political party to another. But, as politicians, we must know the aspirations of people and take decisions accordingly. Our party – NC – was never power hungry; we prefer the aspirations of people and run our activities accordingly.

If NC is invited to join a third-front, will you join?

As I already mentioned that NC has never been power hungry. We never work to attain power at the cost of distressing people. Our message is clear that central government should revoke the 5 August decision for the overall peace and prosperity of J-K. NC was the first one to go to the court and challenge the decision. We will continue our efforts to restore the special status.

As per news reports, the union government may announce Article 371 for J-K. Will this pacify NC to fight elections?

It is not Article 371 but Article 370 that is our identity. We have a long history and we cannot be denied of our basic rights. The decision of 5 August was unconstitutional, which has not done any good to J-K. In the aftermath of National Register of Citizens (NRC) in Assam, the central government assured the protection of Article 371 there, but in J-K, the decision was taken without seeking the aspirations of people and their representatives.

If tomorrow elections are held, what will NC do?

I cannot comment on this because the decision has to be taken by the party leadership. First, let our leaders come out from detention and then we will think accordingly.

What is your take on delimitation, if that happens in the future?

Right now, I cannot say anything about it – but, our leadership will certainly plan accordingly. Such things cannot be decided by an individual, but of course, the party high command, which unfortunately is under detention. We all are hopeful for their immediate release.

One of your senior colleagues and north Kashmir parliamentarian, Mohammad Akbar Lone, recently stated in the press that your party will not contest any elections until and unless Article 370 is restored. What do you say about that?

I have been pretty busy these days and I do not know about that.

What according to you is the way out for the mainstream politics in J-K?

To start with, all political parties should assemble under one banner to strive for the restoration of Article 370 and statehood. We should never compromise on the constitutional assault and downgrading of a state into two union territories. The future plans can be executed accordingly.

The excerpts of the interview have been edited for length and clarity.

Irfan Amin Malik is a Reporting Fellow at The Kashmir Walla. 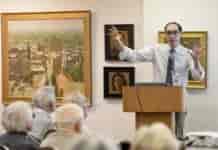