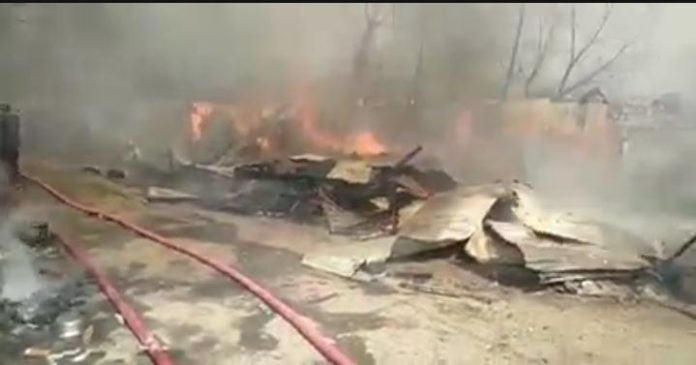 Srinagar: At least 17 structures and a Maruti car gutted in a fire incident in Parimpora area of summer capital Srinagar on Saturday.

An official told Kashmir Dot Com that a fire broke out at Parimpora behind the Police station where about 17 residential teen sheds (Doka’s) besides that one store (Gudam) and a Maruti car bearing registration number JKO1F 2235 were fully damaged in this blaze.

He said that a short circuit is said to be the cause of the fire which was brought under control by fire tenders and local police.

A police official told KDC that no loss of human life was reported in this blaze and legal proceedings have been launched in this regard. (KDC)