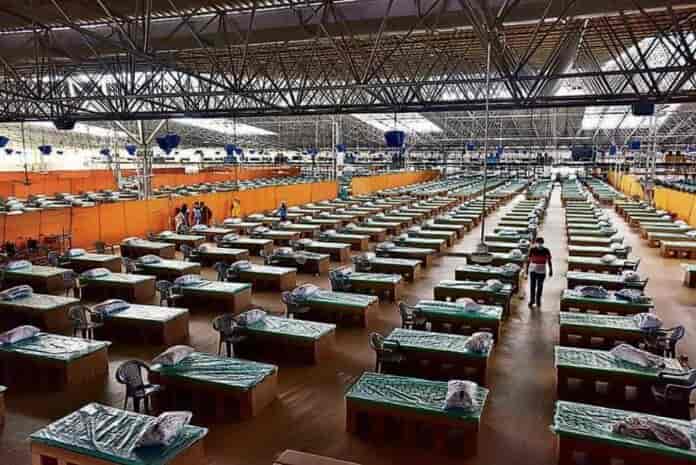 At what is known to be the biggest COVID-19 care facility of India, a 14-year-old girl was raped last week by a 19-year-old man, while one of the accused’s friends stood guard and recorded the criminal offense, reported Hindustan Times.

The survivor and the accused, both were COVID-19 patients and admitted at Sardar Patel Covid Care Centre in New Delhi’s Chattarpur area. The police have arrested the duo in the first such known case in the national capital, officials told the newspaper. A case has been registered under the Protection of Children from Sexual Offences (Pocso) Act at the Maidan Garhi police station.

“The girl was immediately shifted to a government hospital, where she continues to receive treatment for Covid-19. The suspects, too, are yet to recover and have been moved to another hospital while they remain in judicial custody,” the newspaper quoted Parvinder Singh, additional deputy commissioner of police (south).

The alleged crime took place at the Indo-Tibetan Border Police (ITBP)-run facility on 15 July night — within a week of the girl and the two men getting admitted to the centre.

The facility is operating with a capacity of about 10,200 beds. However, only 250 of them are currently occupied. That leaves much of the space unmanned. “The survivor and the rape accused became familiar with each other during their stay there. On July 15, the suspect called the survivor to a common but isolated spot in the facility on the pretext of speaking to her,” a police investigator said on condition of anonymity.

The suspect asked his 20-year-old friend to stand guard and alert him if someone approached them. Then he allegedly raped the girl in the facility’s washroom area, the investigator said.

The girl reported the crime to an attendant at the facility the next morning. Authorities at the facility then informed the police. The girl was shifted to a hospital and sent for a medical examination, which allegedly confirmed the sexual assault, according to the police investigator.

An ITBP officer, who didn’t want to be identified, said: “ITBP’s security personnel are usually not deployed in the bathroom area…This is a disease in which we are supposed to maintain a safe distance from the patients. While we are investigating how the crime happened, we have enhanced the security arrangements here,” he said.

The ITBP officer said the agency’s personnel deployed at the centre reacted “proactively”. “Our doctors immediately spoke to the survivor and made sure the crime was actively pursued by the police,” he said.

At the facility, a small section is occupied by the ITBP service providers while the patients’ sections are on the other side. About 30 per cent of all patients admitted here are female, a government official said.