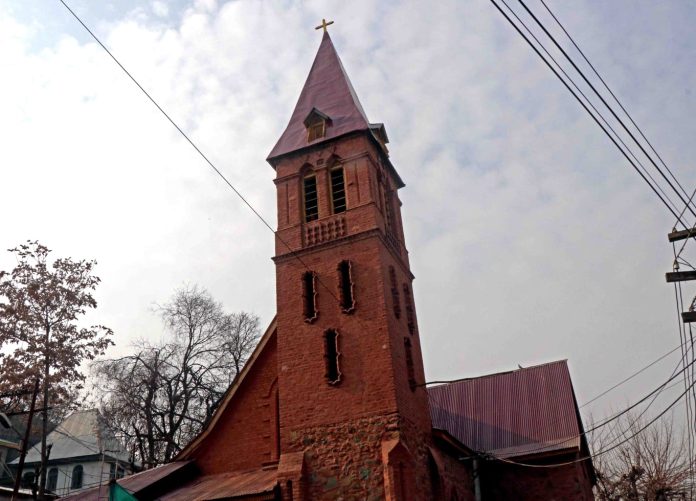 Srinagar: On eve of Christmas in Kashmir government has restored a 125-year-old church situated in Dalgate area of Srinagar after a gap of 30 years.

The church called St Lukes was shut for the last 30 years after conflict erupted in the valley in the 1990s.

The christian community living in the valley were excited and happy that the church has been restored.

Talking to the news agency—Kashmir News Observer (KNO), a local christian Kenndi David said that they are thankful to the government and are happy with the development.

“Not only for Christians but I think the locals who live around the area are happy that the church has been restored for prayers,” David said.

David said that the Church is going to be inaugurated tomorrow virtually by LG Manoj Sinha from the civil secretariat due to security reasons.

“Today we have recorded a program and it will be played in front of the governor on screen,” he said.

“We pray for peace and prosperity for Kashmir and we pray the brotherhood between Muslims and Christians will remain forever. Many Kashmiri Muslim brothers especially from Dalgate area are very happy and pleased by the restoration of church and it’s all possible because of cooperation by Kashmiri people,” David said.