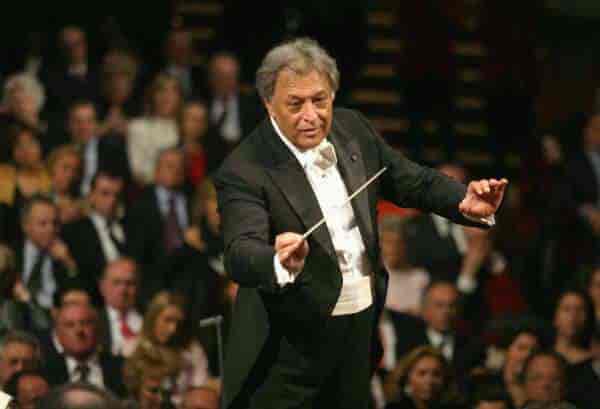 Zubin Mehta performing in Kashmir’s Shalimar garden is perceptibly freakish given the history of Kashmir, especially over the last couple of decades.  The venue of course is ideal for a grand orchestra what with the natural amphitheatric backdrop of the Zabarvan range.  What is not ideal though is another ominous layer to the backdrop – the merciless, unyielding militarization, apparently a necessary condition to ‘protect’ people from themselves and to maintain a fragile, unjust peace.  Given the grandness of the event, it is likely that during the performance as well and much before and after, as routine, ordinary people will be put under strict curfew.  A symphony of peace playing amidst such enforced silence would indeed be eerie and ironical.

Art and culture are never apolitical.  In an ostensibly political world, nothing is.  The only question to be asked is whose politics does a particular form of art or an event further and what possibilities it opens up for people.

Nonetheless, the domains of art and culture, unlike hardcore politics deployed predictably, are variegated, multilayered and open to the promise of nuanced engagement.  Apart from the deft political response to the event through the letter signed by Kashmiri intellectuals and human rights activists addressed to the German ambassador, and statements by a few leaders of various persuasions, the event being cultural, warrants a cultural response from the people of Kashmir as well as the solidarity of artists against occupations around the world.    We have already seen a few brilliant cartoons and caricatures satirizing the event.   It should not stop at that.

Mass carols (wanvun and roff) for Azadi on the streets of Kashmir, reverberating against Zabarvan Mountains alongside the symphony emanating from the imperial enclosure would be refreshingly sonorous.  This obviously may not be permitted on a grand scale, but then there is no harm in trying.  Smaller art events in various neighbourhoods using multiple popular mediums, including graffiti, music, poetry recitals and street art performances seem more practical.   It would embarrass the state to forbid such artistic outpouring, even while putting its weight behind a particular art event.

Simple resort to politics of boycott is in my opinion, too predictable and provides a handle to yet another set of banal voices within the system that set the politics of resistance against art, rendering a whole people as less than human and thus unworthy of freedom.