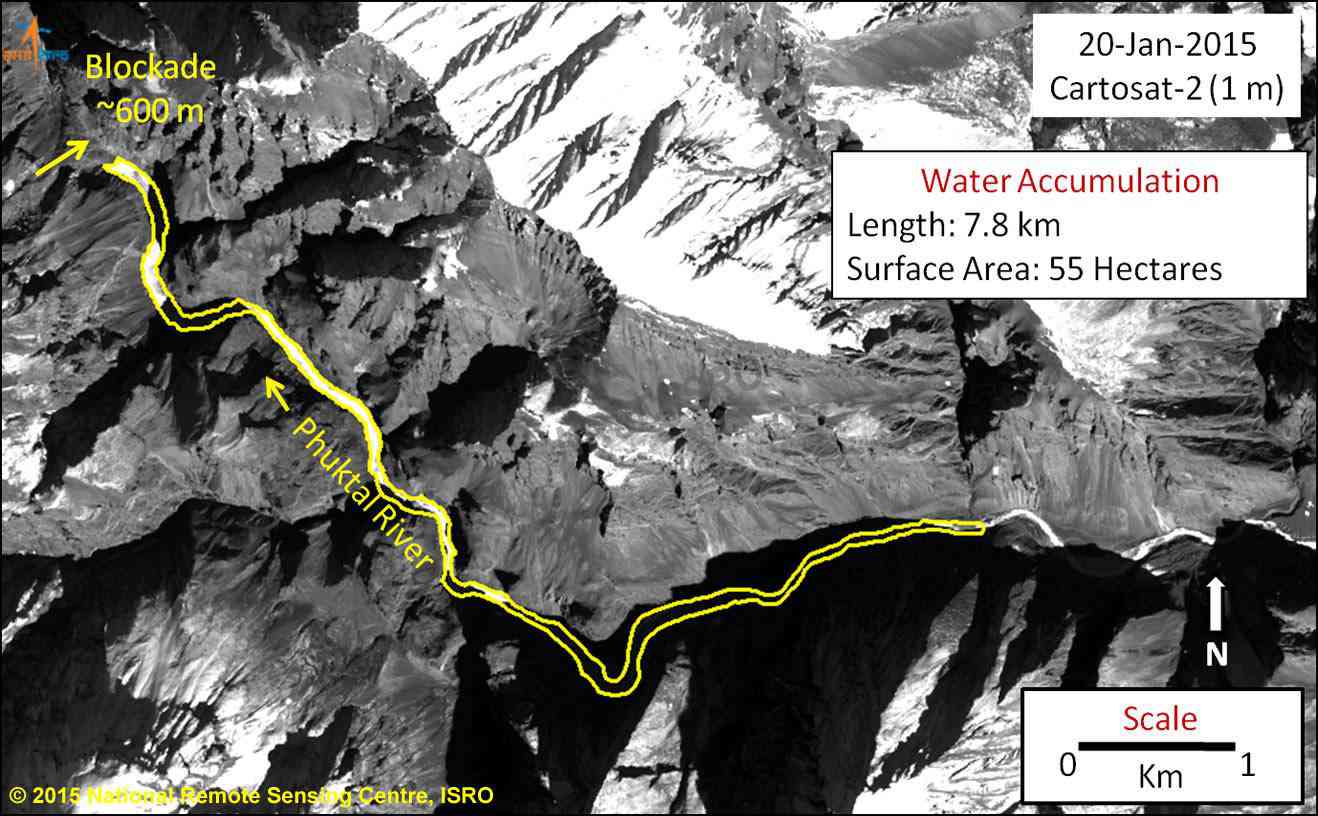 An artificial lake created last year by landslides during winter in Jammu and Kashmir’s Kargil district burst today putting a number of villages in the area at risk of flash floods.

The released water has washed away some bridges downstream.

“The artificial lake on river Phuktal, in Zanskar area of the frontier district, burst suddenly at 8:10 AM causing flash floods,” Deputy Commissioner Kargil, Hassan Khan told PTI. Khan said there were no reports of casualty but there was damage to infrastructure.

“About six bridges, including motorable ones, have been washed away but there are no immediate reports of any casualty,” he said.

The released water, as per officials, is yet to reach the small town of Padum, the headquarters of Zanskar sub-division of Kargil district.

On December 31 last year, Phuktal suffered a blockade by a massive 200 feet high landslide dam, equivalent to the height of a 20-storey building. The lake is approximately 10 km long.