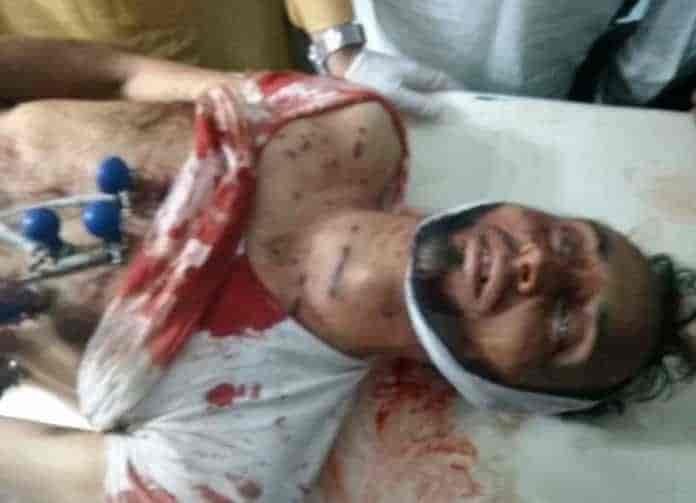 A youth Sheeraz Ahmad Naikoo has been killed after he was hit by a volley of pellets during clashes between the government forces and the protestors in Anantnag, South Kashmir.

The Medical Superintendent of District Hospital Anantnag, Dr. Majid Mirab, while speaking to The Kashmir Walla confirmed the death of the youth.

“He had a volley of pellets in his head and neck and was brought dead. We have received at least 10 injured, among which two with eye injuries have been referred to SMHS hospital in Srinagar,” he said.

The clashes had started after Eid prayers in Eidgah Anantnag.