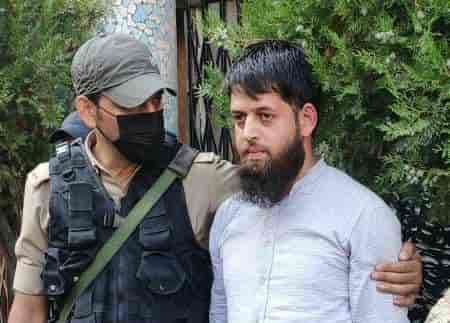 Police on Tuesday arrested a 26-year-old youth at Lal Chowk Srinagar and said that two grenades were recovered from his possession.

The police according to reports is claiming that the arrested person is a Journalist associated with a news gathering agency.

“Two live hand grenades were recovered from his bag,” the officer told GNS, adding, “He is being interrogated and further investigations are underway,” the officer said. (GNS)