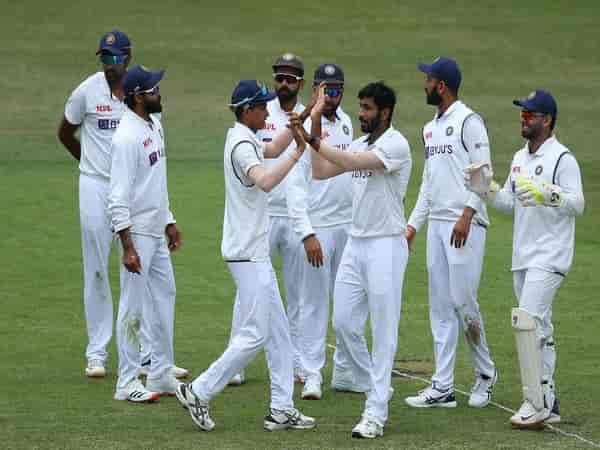 Indian cricketers Mohammad Siraj and Jasprit Bumrah were subject to racially abusive comments by a section of Australian crowd while they were fielding on the boundary line during the third day of the Sydney Test.

Siraj went up and complained to his skipper Aijinkya Rahane and on-field umpires. The play was halted for 10 minutes before the tea break, police called in and six people were ejected from the stadium, Dailyhunt.in reported.

The six told Siraj and fellow pacer Jasprit Bumrah, “You brown dog, go home. We don’t like you”. The two had been called ‘monkeys, wanker and motherf*****” on Saturday. Team India had lodged an official complaint with ICC, which is looking into the matter.

On Sunday, Cricket Australia (CA) “unreservedly” apologised to the Indian team and launched a parallel probe with NSW police, promising to take the “strongest measures” against anyone found guilty of vilification.

Indian cricket team captain Virat Kohli, who was also once a victim of racial abuse on the boundary line in Australia took to microblogging site Twitter and tweeted his annoyance over the matter.

An Indian team official said, “We will move on from this incident-like possibly many such incidents that former Indian teams or other sides from the subcontinent have been subjected to on tours over the years. Whatever this culture change that they (Aussies) harping about, the fact is, this (sort of abuse) comes naturally to them,” reported The Times of India.

He further added, “It just doesn’t end. At airports, while leaving the hotel, inside the stadium, on the streets- somewhere you’re going to get it. It’s nobody’s fault that some nameless, insensitive and vile human is going to let his or her tongue loose. But it’ll happen and there’s no running away from it. That’s a fact.”

Previous articleBamboo clusters to be developed in Jammu; will provide over 25,000 jobs
Next articleOP Shaw led CPP writes to PM, demands impartial probe in “Srinagar gunfight”