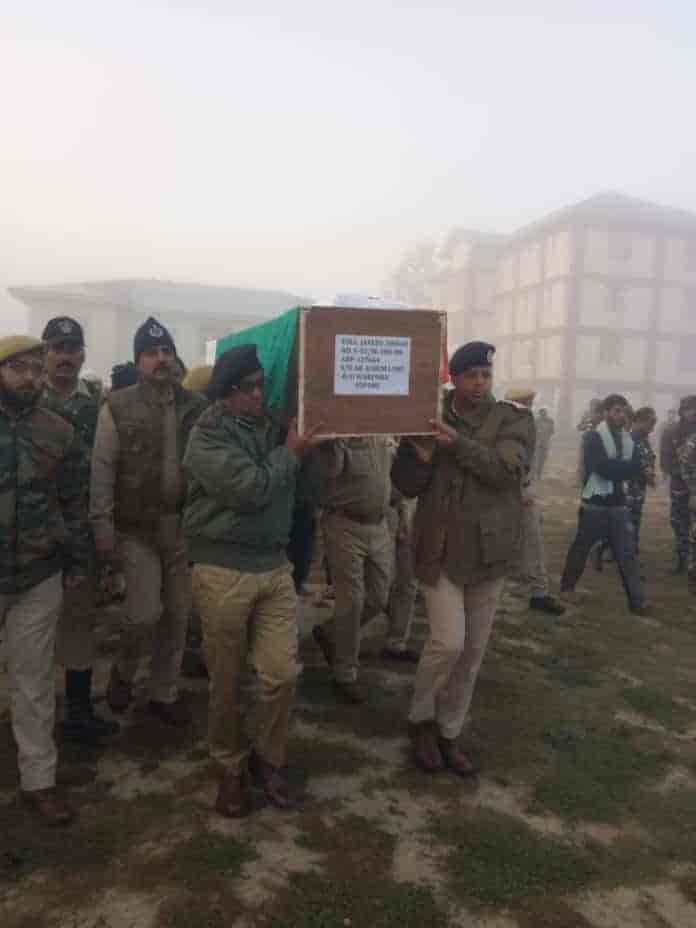 A wreath laying ceremony for the slain cop Javeed Ahmad Lone son of Abdul Karim Lone resident of Warpora, Sopore who was killed by suspected militants on Thursday evening was held at  Sopore early morning today.

As per the statement militants  had last night barged inside the residential house of Javeed and fired upon him,  “In this incident, he received critical bullet injuries and was evacuated to nearby hospital for medical attention; however, he succumbed to his injuries,” the statement read.

Adding that police has registered a case in this regard and the investigation has been initiated in the instant manner.

Previous articleManan Killing: Kupwara shuts down for the second consecutive day
Next articleMan stabs friend to death following argument over Rs 10 in UP