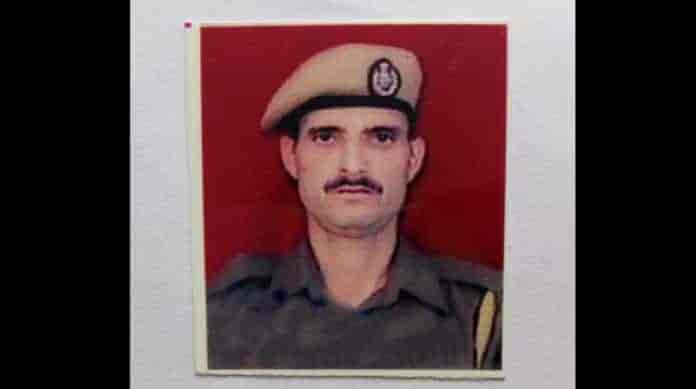 A wreath laying ceremony of slain constable who was killed during an encounter at Srinagar’s Batamaloo area was held at district police line Srinagar  today.

The constable identified as  Parvaiz Ahmad son of Mohammad Abbas, resident of village Dandote Tehsil Budhal District Rajouri was injured after after militants hiding in a house in Batamaloo area opened fire on the government forces. However, the slain succumbed to his injuries in a hospital.

A police spokesman said that senior civil and police officers paid rich tributes to the slain constable  and laid floral wreaths on the mortal remains of the constable.