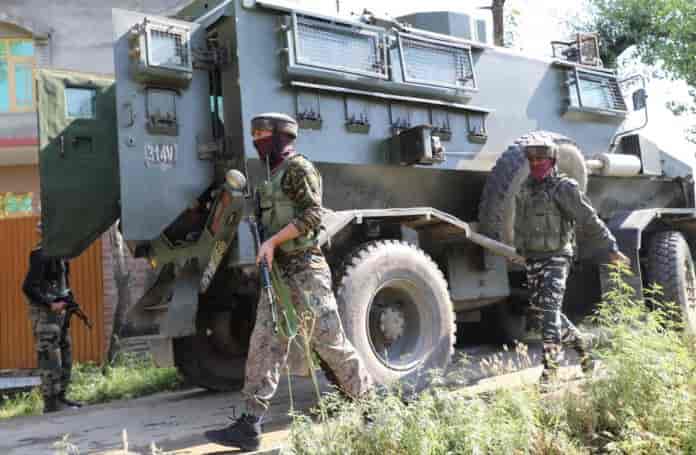 Srinagar: A woman on Monday accused army personnel of abusing her while she was riding her scooter on the outskirts of Srinagar this morning.

A student of the Kashmir University, Khair ul Nisa, 23, alleged that the incident occurred near the mausoleum of poet Mehjoor in the Athwajan area at around 10 am when she was heading towards the university, along with her sister.

“I was still moving when the army man beat me with a lathi on my back,” she alleged. According to Ms. Nisa, the incident occurred after a convoy of army vehicles had moved out of the area and the halted traffic, for the ease of the convoy, was allowed to move ahead.

“There was a school bus between me and the army convoy,” she said. “The army man beat me while the rest of the traffic was moving smoothly.”

After the incident, Ms. Nisa said, she stopped and confronted the trooper for the alleged highhandedness. “He accused us of trying to overtake [the convoy] when we clearly weren’t,” she said, adding that she was also verbally abused by the trooper. She alleged that the trooper “abused me and cocked his gun to shoot me but I don’t know what saved me from him.”

Angered by the incident, Ms. Nisa sat down on the road in protest. “Traffic Police came and apologized for what the army man did but I didn’t move. Then, an army officer came and apologized, saying that the man who abused me might have no idea about the rules,” Ms. Nisa said, adding that she left the spot to reach the university in time for her exam.

Ms. Nisa said that she intended “to file a complaint against the army officer”.

Later in the day, she went to the Pantha Chowk, Police station for filing a complaint against the army man. “She came here and both the army major and the constable apologized to her – the issue was resolved there only,” said Rafiq Ahmad, the Station House Officer (SHO), Pantha Chowk.

According to the SHO, the army major assured her that this won’t happen again by mentioning that the constable must have been in mental stress and “he will be punished”.