Willing to work with new Pak govt: US 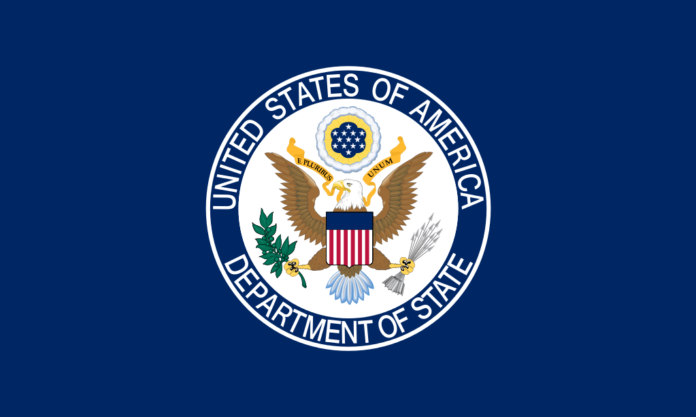 The US will “look for opportunities” to work with the new leaders of Pakistan after they form the government and will try to advance security, stability and prosperity in South Asia, a State Department official said today, PTI reported.

The US is awaiting the full official results from the Election Commission of Pakistan and observer missions to release their preliminary findings, the State Department spokesperson said.

Imran Khan has claimed victory in the general election after his Pakistan Tehreek-e-Insaf emerged as the single-largest party in the National Assembly, amid allegation of rigging of the poll in his favour.

Khan’s party is leading on 109 seats, according the latest official results.

“As Pakistan’s elected leaders form a new government, the United States will look for opportunities to work with them to advance our goals of security, stability and prosperity in South Asia,” the State Department spokesperson said.

The spokesperson also said that the US was “concerned by reports of constraints placed on freedoms of expression, association, and the press leading up to the elections”.

Eliot Engel, ranking member of the House Committee on Foreign Affairs, expressed concern over the “outsized role” the military played in the election, saying this has been another missed opportunity for the people of Pakistan.

“I want to congratulate the people of Pakistan who braved various hardships to cast their votes. I was hopeful that Pakistan would build upon its 2013 elections which saw the country’s first successful democratic transition from one civilian government to another,” he said.

“But I take very seriously the allegations that Pakistan’s military played an outsized role in shaping the electoral environment in advance of the elections,” Engel said.

He, however, said that he looked forward to working with “whatever government comes to power” but noted with disappointment the missed opportunity to advance democracy in Pakistan.