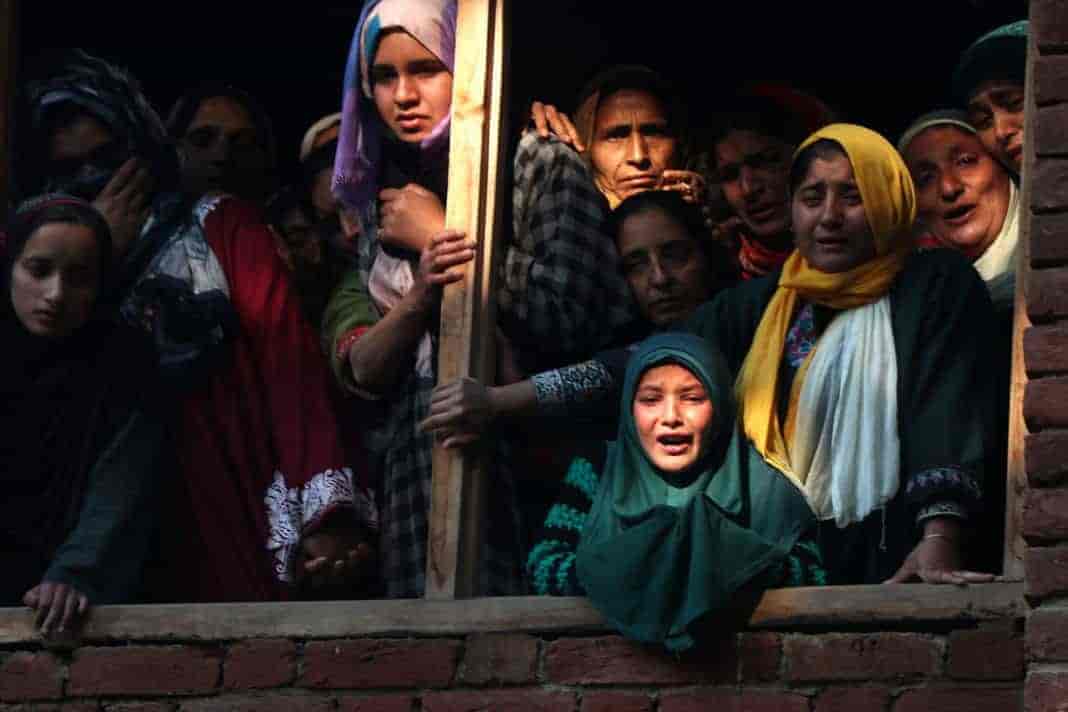 As the first light of morning found her face, 9-year-old cried, “Mama! Mama!” in the rhyme with the Azadi (freedom) slogans. She was in a little green scarf and sweater, clinging on the half-done window of the upper storey of the house, to hurl a handful of candies in the air. Like all the other candies, they also crashed on Bilal Ahmad Ganie’s body in the lawn.

On 27 May 2018, right before Iftaar, Mr Ganie alongside his younger brother, Mehraj Ganie, left home to ran an errand near his poultry farm, few kilometres away. In the meantime, a small party of militants attacked the Kakapora army camp. Unknown of this, the Ganie brothers were about to drive off the same path, as of the camp. Army caught them midway. As per Mehraj, he was dragged out of the car on the middle of the road, while Bilal was forced to drive ahead.

What happened afterwards have different versions of stories, but the same conclusion: The alleged militants flew. Army got back to the base. Mehraj returned home in utter shock. Bilal shot dead.

Brothers of Pulwama: One left half dead and another shot dead

Mehraj only came to know about his elder brother’s death when he got back home the next morning, alongside the cluster of youth. Struggling with the haunting memories, he ran out of consciousness several times during the funeral prayers.

People dragged him on the field. His brothers kissed his forehead, hit him on the back, slapped on the face, but it seemed like nothing could bring him back to life. “If they killed Bilal, why didn’t they kill him? He is dead anyway,” said one of his cousins.

He was sitting next to a cleric on stage. One could smell Bilal’s blood from that distance. While the flood of people cried in sole voice – “With your blood, O Bilal, revolution shall come.” Mehraj didn’t utter a word, but only voiceless wails.

“No one gets justice here,” said another angry youth.

Yesterday, on 12 December, senior superintendent of police, Pulwama, submitted the report to State Human Rights Commission (SHRC) in connection with the killing of Mr. Ganie. Police stated that the civilian did not have ‘any militant connection or involved in any criminal activity’, and was killed in a ‘cross-fire’ incident.

The response came after the chairman of International Forum for Justice and Human Rights (IFJHR), Muhammad Ahsan Untoo, filed a petition in the case, numbered SHRC/175/Pul/2018. The report also stated that a 50 RR unit was deployed at Kakapora and in the meantime a sumo vehicle registration number, JKO1G 9688 came in ‘suspicious circumstances’.

Mr. Untoo, the petitioner, said that Bilal had no fault and it stands proved now. He also urged the SHRC to ensure that his family is given proper compensation and a job to the younger brother.