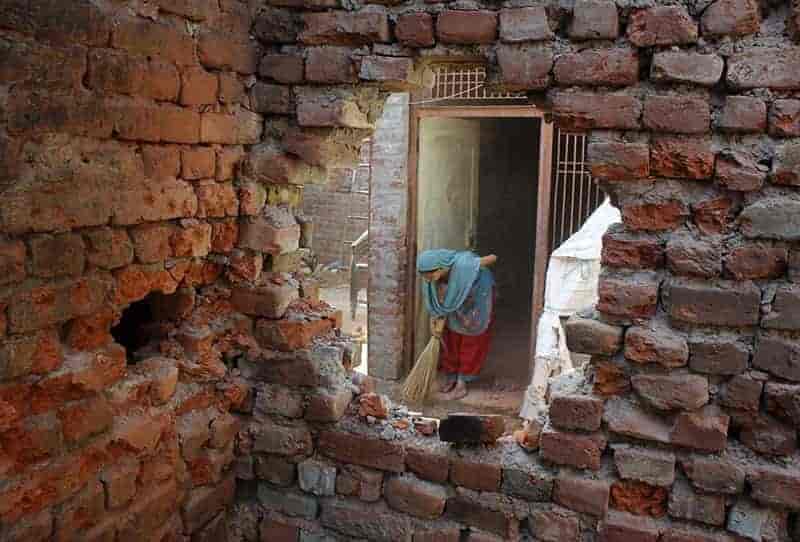 On 16 May 2018, Pakistani newspapers reported that Indian snipers had shot dead a man in Pakistan-administered Kashmir’s Battal Sector, Poonch District. According to a police official in the area, the 55-year old man was trimming a tree when he was shot in the head. This incident came after a two-week long quiet spell along the contentious Line of Control (LoC) – dividing the two sides of Jammu and Kashmir (J-K).

Only a few days later, Pakistan claimed that four more people were killed, including three children, in ceasefire violations by India along the working boundary. Pakistan uses “working boundary” term to denote that while on one side there is the internationally recognized province of Punjab, on the other side is Jammu, claimed by both India and Pakistan. India refers to the boundary as the international border.

On the other side of the divide, newspapers have also reported heavy shelling that has resulted in the death of four civilians and a Border Security Force (BSF) personnel. Chief Minister of J-K, Mehbooba Mufti, tweeted, “Continued firing on the border in Jammu is cause of pain and worry. Sad that while our country took the lead in starting peace initiatives with cessation of operations during Ramzan, Pakistan has shown no respect whatsoever for this month.”

It is common practice for most media outlets in Pakistan and India to only report on causalities inflicted by the other country; seldom does one find acknowledgement of the damage caused by one’s own forces, resulting in a fragmented discourse on the present and future of the divided state of J-K. Rather, Indians and Pakistanis hear of the ‘befitting’ responses given by their security forces to what both countries call ‘unprovoked’ firing from the other side.  This bravado often ends up drowning out local voices, of villagers living by the LoC and Working Boundary, facing perilous and uncertain conditions as an everyday reality.

Many of the homes by these ‘border’ areas are sandwiched in between Indian and Pakistani army pickets. Caught in between the crossfire, the shelling is nothing new for these families although it continues to be as devastating. Heavy shelling incidents can be traced back to the early 1990s when India accused Pakistan of fuelling cross-LoC militant infiltration and resorted to shelling of villages and towns in Pakistan-administered Kashmir with the goal of dismantling militant training camps. In the process, thousands of civilians met death. Locals tell me that as many as 3,000 people died in shelling incidents in the 1990s in Neelum Valley alone. Though Pakistan refuted India’s claims of sponsoring militancy, it also resorted to cross-LoC shelling. While the Pakistani side of the Line of Control is more densely populated, the bombardment of homes in Indian side of Kashmir was no less devastating for those that dwelled beside the rivers and mountains that divide the two parts of erstwhile J-K.

In my work across the LoC in Neelum Valley and Kotli in Pakistan-administered Kashmir, I came across people still reeling in the horror of shelling they had experienced during the 1990s. Many of the young women and men I spoke to had been raised inside cramped bunkers, built by NGOs or locals themselves to seek respite from the shelling. Often confined inside for hours and even days due to continuous shelling, without food or water, locals would tell me harrowing details of how they survived.

Others had not been as lucky, becoming one more number in the rising death toll. A woman told me of how she had to collect minced body parts of her son, who was hit by a mortar shell before a car raced over him, flattening the dead body beneath. Another resident had told me of how mothers had cut up their legs so that their young ones could suck the blood to keep them hydrated. They had been stuck inside the bunker for days, the mothers’ breasts empty, their own bodies famished and dry. Post-traumatic stress disorder, anxiety and depression loom above these villages, casting a dark shadow over their lives.

The 2003 ceasefire had brought respite to many of these ‘border’ areas. For a while peace had come like a guest that everyone wanted to host but one that wasn’t here to stay for too long. Residents of places like Nakyal Sector in Kotli District tell me that within a few years of the ceasefire, the firing had returned pushing people to clean up their bunkers and take safety precautions. Heavy shelling would bloody their homes periodically, with education and livelihood constantly threatened.

By late 2016, this firing had resumed in other parts of Pakistan and Indian side of Kashmir as well. After the killing of Valley’s popular militant commander Burhan Wani, as India blamed Pakistan once more of fuelling ‘cross-border terrorism’ in the aftermath of the Uri attack, and allegedly resorted to surgical strikes- a claim refuted by Pakistan- mortar shelling and cross-LoC hostilities reoccupied these areas with more intensity and fervor. According to Pakistani reports, 2017 marked the highest number of ceasefire violations since 2003, killing at least forty-six civilians. The Indian press also reported the highest number of violations in the past decade. 2018 has been no better. According to Pakistani authorities, India has carried out more than 1,050 ceasefire violations this year, killing 28 people and injuring 117 others. Meanwhile India reported 650 ceasefire violations till April 2018, with losses to security forces and civilians.

Authorities in India have been building bunkers for locals while those in Pakistan have also announced similar plans. While this is a basic requirement that must be fulfilled by the states, it also signals to the civilians that the hostilities are here to stay. Locals tell me that they feel as if they have been pulled back into the pre-2003 ceasefire years. The firing can begin anytime. As one resident stated, “In the 1990s, it seemed as if the firing would never stop. And when it stopped, we thought it would never start again. This has been a huge jolt to us…now we can’t stop thinking about it. We keep asking each other, when will it happen again? When will it happen again?”

Anam Zakaria is the author of The Footprints of Partition: Narratives of Four Generations of Pakistanis and Indians and an upcoming book on Pakistan-administered Kashmir.