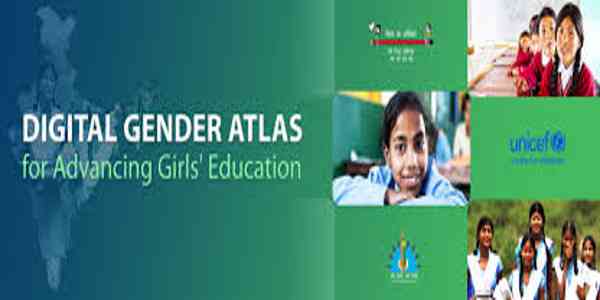 Women make up half of the world. Or they should have made up half the world, if the world wasn’t on a killing spree. If there is any defining reality of our times it is conflict and violence. Women are the most vulnerable section but today they are more than ever equipped to raise their voices – thanks to one word “education”. In this context Digital Gender Atlas for Advancing Girls’ Education (DGAAGE) assumes significance.

March happens to be the month designated for all things about women. The U.N. designated International Day for Women being one, held yearly on the 8 March. This year too it was held with much public debate that centered on mostly the R-word in the Indian context. Yes, gender violence, especially of the sexual nature is an everyday challenge for women the world over. Specific to our world is another challenge- access to education for girls. Asia is plagued by conflicts: political, social, economic, religious and of the many areas to suffer education is topmost, aggravated by social barriers against women to attain even primary education.

In all the media bantering focusing on a particular documentary, the release of the DGAAGE did not receive much spotlight, which it should have. According to the UNDP Human Development Report, 2014 India is below South Asia’s average, and it places India at rank 135, slipping from its rank at 127 in 2013. The female labour force participation rate is only 29 per cent, and the percentage of females with secondary education only 26 per cent.

It is a laudable endeavor of the Ministry of Human Resource and the UNICEF. The atlas uses an index of 21 indicators, along 4 axes- access, infrastructure, teachers and outcomes. It also has a separate Vulnerability Index of factors which impinge on girl’s education, including the likelihood of joining the workforce early and early marriage. It includes indicators as access in terms of distance and ratio of primary schools (PS) to upper primary schools (UPS), and of upper primary schools to secondary schools, infrastructure like functional toilets, girls’ hostels, and teachers, including percentage of women teachers. Outcomes are measured in terms of ratio of girls to boys’ enrollment, girls’ dropout rate at and transition rates from primary to upper primary, to secondary levels and the percentage of girls who passed class X.

It is a handbook and resource for mitigating the gaps. Knowledge is empowering and when it is upfront you plan, manage and execute better. It is accessible to everyone and therefore better interventions can be drawn up at not just the government level but by everyone with a stake in education. Interventions can be followed on to access changes, desired effects or whether these have worked out or not. It is constructed on an open source platform with an inbuilt scope of updating data by authorized persons to retain its dynamic character. The atlas maps performance indicators that impact education.

In terms of all gender related educational indicators, unsurprisingly, the southern states and Delhi come on top, the worst being the BIMARU states. This information has been in the public domain for long, now supported by well synchronized and integrated data. What the Atlas does is VISUALLY REINFORCE this, as what you see stays on longer with you, creating vivid, coloured patterns of gender inequalities. The colours create drama, spring surprises and intriguing questions.

Every year now when the board results are announced girl’s come out on top, maybe because they realize the difference a good education can make to their lives and also are more aware of all the hurdles they have to go through to get anywhere as they desire in their lives. It is no lesser a cause of celebration when young girls come out on top and with a higher ratio to that of the number of boys passing, because the odds in a place like Kashmir are even more so stacked against them.

Jammu and Kashmir has been a mediocre performer. Female literacy stands as 58% against male literacy of 78.3%. Rural female literacy stands at just 51.6%. Even though female literacy has improved, the takeaway is the high gender gap of 27.54 points in literacy. The 10 districts of Jammu average better than the valley, 68.79% against 63.29%. Jammu, Samba and Leh top the list, with the best improvement coming from Kupwara. 2.04% children in the age group 6-14 years are out of school children, more boys than girls.

From past Census data, it is well established that female numbers are dwindling in the state with a sex ratio of 883, dropping from 900, and way below the national average.

The interventions being executed in the state leave much to be desired. Disability handouts are a maximum of Rs.200 per month at the pre-matric level. There is so much more that can be done for female education other than the Kasturba Gandhi Balika Vidyalayas and the Beti Anmol scheme. Most people aren’t even aware of these.

Did we learn something news?

Though teachers’ index for all subjects at all levels in AP is average, its learning outcomes are high. Gujarat, with medium CGI is below Bihar, UP and Assam in girls’ enrolment ratio at all levels, and its girls’ dropout rates are below UP and equal to Bihar. Girls’ dropout rates at primary level in 2012-13 and 2013-14 are lower in J&K, HP, UP and Assam than Kerala, which equals Rajasthan.

What more can be done?

Some indicators should be gender neutral such as labs, libraries and qualified teachers for all subjects. Some indicators need to be added, such as poverty that creates intrinsic vulnerability. Poverty and under nutrition during preschool years account for subsequent loss of more than two school grades. Adverse economic conditions can reduce school enrollment rates by up to 12 percentage points. Children who leave school to work erode their chances of escaping inter-generational poverty. The recent changes in law that allow children to be employed in family run enterprises are disheartening and deserve mulling over. Leaving school makes it difficult to return to the enterprise of education.

Data must be reviewed and updated and the quality of it maintained. Suggestions from educationists and agencies involved in education must be discussed and their interpretation of data and what more can be done given due importance. Inputs from all stakeholders must be given an ear. The relationship between different indicators in different contexts must be scrutinized.

The atlas urges governments to integrate health, education, and social protection services for children and families and to deliver on such programmes through better governance.