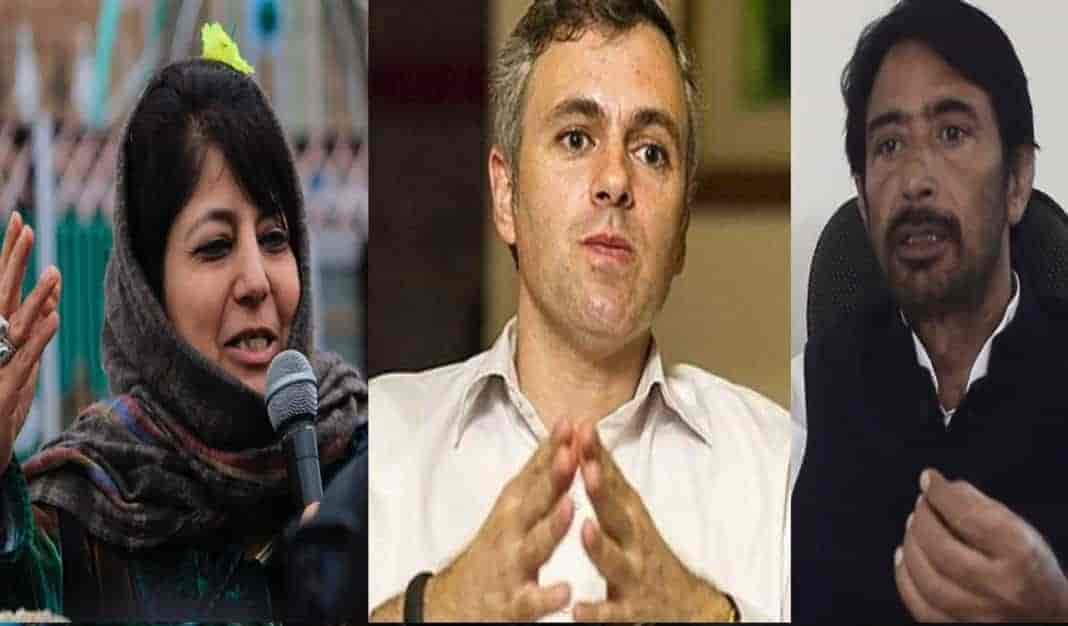 The on going discussion between the three political parties – Congress, National Conference (NC) and People’s Democratic Party (PDP), is how the new coalition government of Jammu and Kashmir will be shaped up and what will be the focus.

According to the sources in all the three parties, the major focus will be on safeguarding the special status of Jammu and Kashmir. A senior PDP leader and former cabinet minister while speak to The Kashmir Walla confirmed that in principle all the three parties have agreed to form the alliance and there are more than 60 MLAs.

“We are focused on safeguarding the special status and there are a few political decisions to be taken when the government is formed. We are also discussing how to accommodate Jammu, Ladakh and Kashmir into this new secular alliance,” he said.

As per sources in the NC, there is no consensus yet for how long the government will stay, if formed. “We are asking to keep the government till the Lok Sabha elections and then take a review of the developments. The decision for the period of the government will be decided accordingly,” a senior NC leader told The Kashmir Walla.

As far as the recent developments in the state politics, it was felt that the People’s Conference led by Sajad Lone was gaining ground after the Urban Local Body elections, many close to the talks of alliance formation said. Later senior PDP leader Muzaffar Baigh hinted that he is willing to join a third front too, which is said was only to push the three parties to accelerate the talks of government formation.

The talks over this new alliance have been going on for quite some time, and various meetings were held in the state and in Delhi too in last one week. PDP’s core agenda to join the government is to safeguard it’s political constituency while as NC will remain on the sidelines only to appear as a support. Congress aims to keep the BJP away from the government and also consolidate some space during the tenure of the government.

Among seven points being discussed between the three parties, one of the major remains to work on the strengthening of special status of the state, as per the sources. “The new alliance has more than 55 legislative members and will be a strong government. The only option to stop this new alliance is to dissolve the assembly but we have the numbers,” said a PDP leader.

Senior PDP leader Altaf Bukhari, who has emerged as the front candidate for the post of chief minister of this new possible coalition government, with support from all three parties, while speaking to media earlier, confirmed that the aim of the government is safeguarding the special status of J&K. “There is a progress among the three parties,” he said. “Keeping in view the political situation and special status of the state, the three parties have decided to join hands. Article 370 and 35A are our main issues. All this is being done to safeguard them.”

After the 2014 assembly elections, the PDP has 28 MLAs, while as NC has 15 and Congress has 12, making the total 55 seats in the 87-member assembly of the state. It gives them clear majority to form the government.

State Congress President Ghulam Ahmed Mir also said that if Article 35-A brought the two parties on the same platform why they should maintain distance now. “BJP is making inroads while the remarks of Governor Satya Pal Malik that he will not dissolve Assembly till 2020 have kept the options of horse trading open. It is a serious situation and for the sake of people with secular minded parties like PDP, NC and Congress should join hands,” he said.