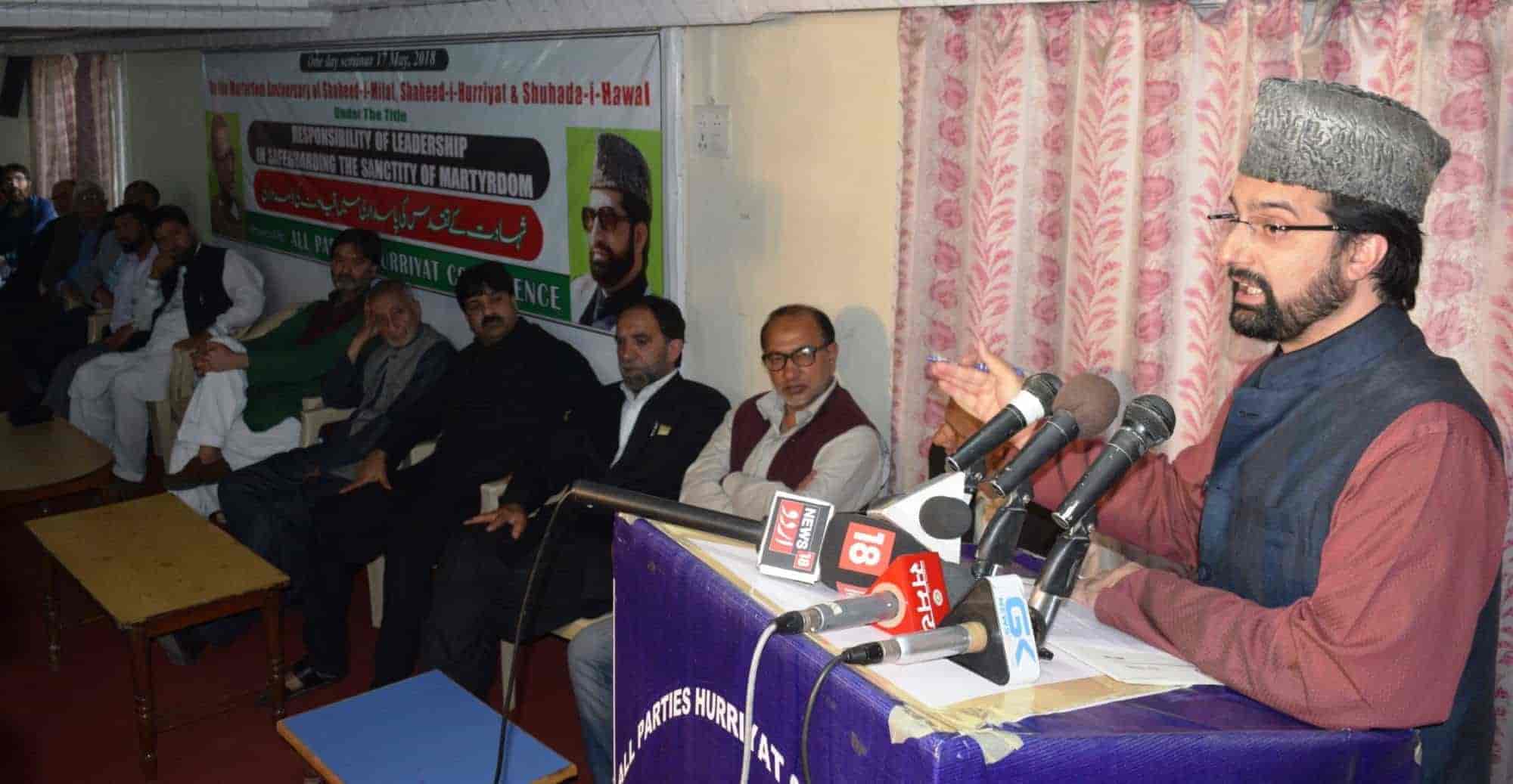 Terming the Ramadhan unilateral ceasefire in Kashmir as a temporary measure Hurriyat Conference (M) on Thursday said that the ceasefire has been announced for one month but the people want to know ‘What Next’. The Hurriyat also said that without taking any political initiatives such measures are not going to yield any results.

While addressing a seminar on “Responsibility of Leadership in Safeguarding the Sanctity of Martyrdom” at Hurriyat’s headquarter in Rajbagh, party chairman Mirwaiz Umar Farooq said that the issue was not that of a one or two months ceasefire but was basically regarding the basic issue that of the dispute to which India and Pakistan have committed to the people of Jammu and Kashmir in the United Nations. He said the dispute has to be addressed if the government was sincere and serious in reaching out to the people.

Mirwaiz said that the whole Jammu and Kashmir including Gilgit, Baltistan and AJK were a disputed territory for which India and Pakistan have made commitments to the people of the state in United Nations for their right to self determination.

“This is not an issue of one month or two months, this is an issue about what next,” Mirwaiz said in the seminar adding, “If youth are picking up gun what is the reason. And the reason is the disputed nature of the Kashmir problem which has to be addressed. After one month they will again kill Kashmiris, will again use bullets, pellets, pepper gas, chilli grenades and other weaponry. The question remains what next.”

Mirwaiz stressed that the separatist leadership has been repeatedly seeking a permanent resolution of the dispute and said India-Pakistan and the people of Jammu and Kashmir were the stakeholders. He said the atrocities must stop and steps must be taken for the permanent solution of the problem. (KNS)