Victory was unexpectedly swift, says Taliban after taking over Kabul 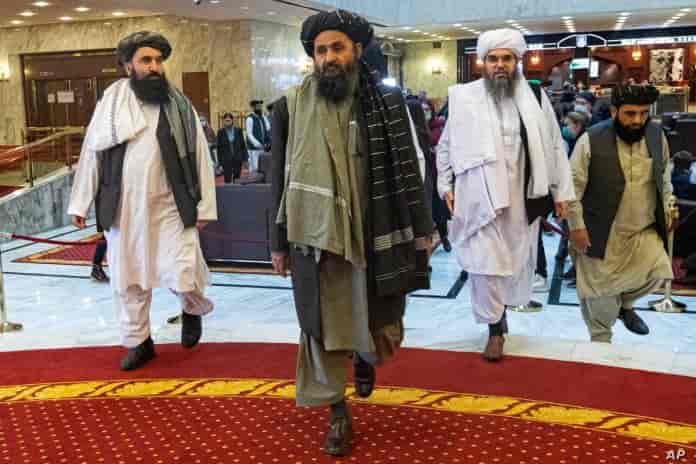 Mullah Abdul Ghani Baradar, the number two in the Taliban hierarchy, has said the group’s “victory” in Afghanistan was “unexpectedly swift”.

Baradar, who heads the Taliban’s political bureau, said in a brief video statement on Sunday that the real test of governing would begin with meeting the expectations of Afghans and resolving their problems.

The group has entered the Afghan capital, Kabul, and took control of the presidential palace. Its rapid advance saw capturing 26 of Afghanistan’s 34 provincial capitals in less than two weeks.

Al Jazeera quoted the spokesperson for Taliban’s political Mohammad Naeem saying that the group did not want to live in isolation and that the type and form of the new government in Afghanistan would be made clear soon.

“Thanks to God, the war is over in the country,” the spokesperson said and called for peaceful international relations.

“We have reached what we were seeking, which is the freedom of our country and the independence of our people,” he added. “We will not allow anyone to use our lands to target anyone, and we do not want to harm others.”

Al Jazeera also quoted a Taliban official saying they would soon announce the creation of the Islamic Emirate of Afghanistan from the presidential palace in Kabul. That was the name of the country under Taliban rule before they had been ousted by the US-led forces some two decades ago.

Meanwhile, the Taliban officials said they had received no reports of any clashes from across the country.

While the streets of Kabul were quiet on Monday, there were scenes of chaos and panic at the international airport as hundreds of Afghans desperate to leave the country flooded the tarmac. The United States and other Western nations were also scrambling to evacuate their diplomats and citizens.

Afghanistan Civil Aviation Authority (ACAA) said the Kabul airspace has been released to the US military and it advises transit aircraft to reroute, according to a notice to airmen on its website.

“There will be no commercial flights from Hamid Karzai Airport to prevent looting and plundering. Please do not rush to the airport,” the Kabul airport authority says in a message sent to reporters.

The United Nations Security Council will discuss the situation in Afghanistan later today.

Meanwhile, Ashraf Ghani after fleeing the country announced on Facebook that he took the move to “prevent further bloodshed”.

“The Taliban have won with the judgement of their swords and guns, and are now responsible for the honour, property and self-preservation of their countrymen,” he said.

India has over 396 million gamers, 2nd largest in world: Report

Man ‘threatens’ minor to cut into pieces after she rejects marriage proposal, arrested