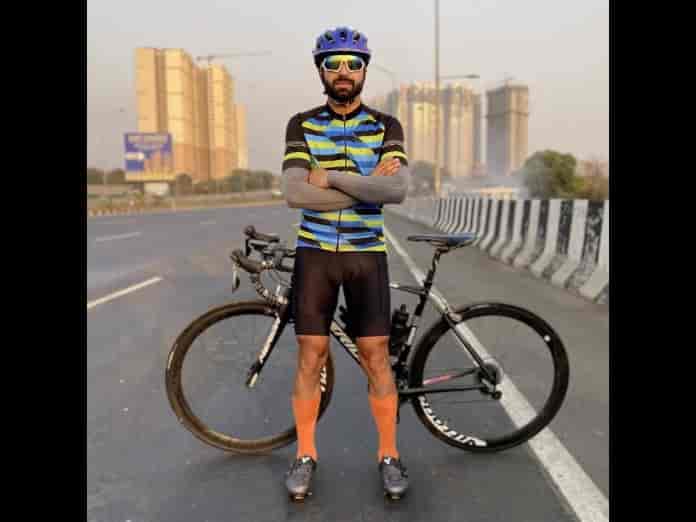 A 23-year-old from central Kashmir’s Budgam has been named in the Guinness Book of World Records for cycling from Srinagar to Kanyakumari in just eight days, covering a distance of 3,600 kilometres.

Adil Teli, who hails from Budgam, completed the Kashmir to Kanyakumari ride in eight days, 1 hour and 37 minutes, breaking the previous record of eight days, 7 hours and 39 minutes by Om Mahajan, ANI reported.

His long and grueling journey began from Ghanta Ghar at Lal Chowk on March 22 this year and ended way south of the country in Kanyakumari on March 30.

Teli first represented Jammu and Kashmir at the national level in 2013. From then on, his involvement in cycling increased. Besides realising his passion, Teli also speaks of lacking facilities in progressing in his profession. “But I was determined to make cycling my profession, and I also knew that to achieve this I need to work hard,” he told news agency ANI.

Teli’s commitment to long-distance cycling started when he pedaled the mountainous Srinagar-Leh stretch, covering 440 km in 26 hours. This feat, he has said, motivated him to realise his capabilities.

Although he started to plan a year before he began his journey, Teli had a lot of prep work to do before embarking on the record-breaking feat. Among the key resources required are sponsors who are willing to support Teli in his ride. Besides sponsors, Teli will also needed professionals like a physiotherapist, nutritionist, cameraman and a documentary maker.

Once he completed the journey, Teli withered swelling in his knees and sunburns from riding for hours on the open roads of National Highway 44, the longest highway in India.

“Tears rolled down my mother’s cheeks at the flagging of my longest cycling expedition, it gave me strength throughout the journey,” he said.

Previous articlePolice raids residences of four journalists in Srinagar
Next article‘Always available for police monitoring’: CCTVs to be installed in Anantnag