US, UK soldiers among 3 dead in Iraq rocket attack: Official 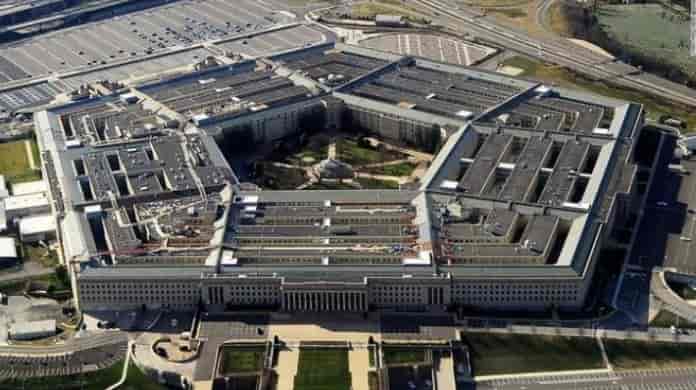 An American soldier, a British soldier and one US contractor were killed Wednesday, a US official said, in the deadliest rocket attack in years on an Iraqi military base hosting foreign troops.

On Wednesday evening, a volley of rockets hit the Taji air base north of Baghdad, which hosts troops from the US-led coalition helping local forces battle jihadists.

A coalition official first told news agency AFP the force had sustained “several” injuries on Wednesday ranging from “light to critical,” but a US military official later confirmed three deaths.

The Iraqi military said the rockets were fired from the back of a truck, but it did not comment on any casualties.

There was no initial comment from Washington or London on those killed, nor was there an immediate claim of responsibility.

Washington has blamed Iran-backed factions from Iraq’s Hashed al-Shaabi military network, which is incorporated into the Iraqi state, for similar violence in the recent past.

Within hours of Wednesday’s attack, three warplanes likely belonging to the US-led coalition bombed Hashed factions stationed on the Syrian side of the border with Iraq, according to the Syrian Observatory for Human Rights war monitor.

Hardline Hashed factions have fought alongside Syrian government forces for several years and have been targeted by both coalition and Israeli air strikes in Syria.

Wednesday’s attack on the Taji air base was the 22nd on US installations in Iraq, including the American embassy, since late October.

One of the earlier attacks killed an Iraqi soldier and in late December, a spree of rockets killed a US contractor working at a base in northern Iraq.

Two days later, the US responded by bombing Kataeb Hezbollah, a faction within the Hashed that is heavily backed by Iran and which Washington has blamed for several rocket attacks.

At least 25 Kataeb Hezbollah fighters were killed and their supporters on 31 December besieged the US embassy in Baghdad.

Iran then retaliated by launching a volley of missiles at the western Iraqi base of Ain Al-Asad. While no personnel were killed in that attack, dozens of US soldiers suffered from brain trauma.

The tit-for-tat attacks on Iraqi soil left Baghdad furious, and in January its parliament voted to expel all foreign soldiers from Iraq in reaction to the killing of Soleimani.

Among them are some 5,200 US forces stationed across Iraq as part of the international coalition — comprised of dozens of countries — formed in 2014 to confront the Islamic State jihadist group, which took swathes of territory that year.

While IS has lost its territory, sleeper cells remain capable of carrying out attacks.

On Sunday, two US soldiers were killed while helping Iraqi forces battle IS remnants north of Baghdad.

Parliament’s vote on the ouster must be implemented by the government, but the current caretaker cabinet has yet to make progress on the decision.

US officials previously told AFP they considered the Hashed as a bigger threat to them than IS, given the frequency and accuracy of rocket attacks on American troops that could be traced back to the Shiite-majority network. (AFP)

The State Investigation Agency (SIA) on Saturday carried raids at 12 locations in Srinagar and other districts of Kashmir...
Kashmir