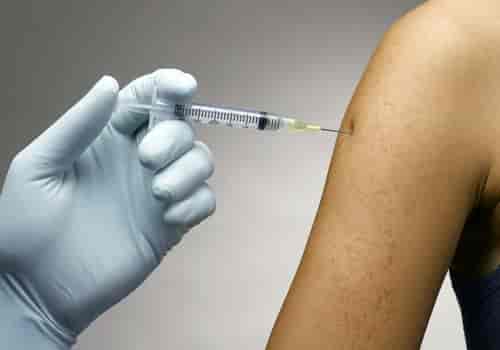 The US has given a final nod for the emergency use of Pfizer’s COVID-19 vaccine, paving the way for its use in the country worst-hit by the pandemic, with the first dose set to be administered in less than 24 hours.

The US Food and Drug Administration (FDA) on Friday issued the emergency use authorisation (EAU) to the vaccine developed by American pharmaceutical giant Pfizer and its German partner BioNTech to combat the disease that has killed over 294,000 people in the country.

Today our nation has achieved a medical miracle. We have delivered a safe and effective medicine in just nine months, US President Donald Trump said in a video soon after the FDA approval.

“We have delivered a safe and effective vaccine in just nine months. This is one of the greatest scientific accomplishments in history. It will save millions of lives and soon end the pandemic once and for all. I am thrilled to report that the FDA has authorised the Pfizer vaccine, Trump said.

The US is the first nation in the world to produce a verifiably safe and effective vaccine. Today’s achievement is a reminder of America’s unlimited potential, Trump said, adding that it would be provided free to Americans.

I’m proud to say that we have made sure that this vaccine will be free for all Americans. Through our partnership with FedEx and UPS, we have already begun chipping the vaccine to every state and zip code in the country. The first vaccine will be administered in less than 24 hours, Trump said.

FDA Commissioner Stephen M. Hahn described it as a significant milestone in battling this devastating pandemic that has affected so many families in the US and around the world.

In a statement issued late Friday night, FDA said that it has determined that the vaccine has met the statutory criteria for issuance of an EUA. The totality of the available data provides clear evidence that the vaccine may be effective in preventing COVID-19.

In making this determination, the FDA can assure the public and medical community that it has conducted a thorough evaluation of the available safety, effectiveness and manufacturing quality information, it said.

The tireless work to develop a new vaccine to prevent this novel, serious, and life-threatening disease in an expedited time frame after its emergence is a true testament to scientific innovation and public-private collaboration worldwide, he said.

When a person receives this vaccine, their body produces copies of the spike protein, which does not cause disease, but triggers the immune system to learn to react defensively, producing an immune response against SARS-CoV-2, it said.

While not an FDA approval, today’s emergency use authorisation of the vaccine holds the promise to alter the course of this pandemic in the US, said Peter Marks, director of the FDA’s Center for Biologics Evaluation and Research.

The Pfizer vaccine has already been approved for the public in the UK, Canada, Mexico, Bahrain and Saudi Arabia.

In his video, Trump said that his administration gave Pfizer and other companies a great deal of money, hoping this would be the outcome, and it was. He thanked all of the brilliant scientists, technicians, doctors and workers who made this all possible.

Pfizer and Moderna have announced their vaccine is approximately 95 per cent effective, far exceeding expectations. These vaccines are also very safe, he asserted.

This will quickly and dramatically reduce deaths and hospitalisations. When the China virus invaded our shores, I promised that we would produce a vaccine in record time before the end of the year. They said it couldn’t be done. But with today’s announcement, we have now achieved that goal, he said.

“The pandemic may have begun in China, but we are ending it right here in America, Trump said.

US Chamber of Commerce President Suzanne P. Clark said that with this, the US has turned a corner in the fight against the pandemic.

From the beginning, the business community has harnessed its innovation and ingenuity to deliver solutions to eradicate the virus and end the global pandemic. The development and delivery of a safe and effective vaccine at unprecedented speed is an historic example of the power of private industry to change the world for the better, Suzanne said.