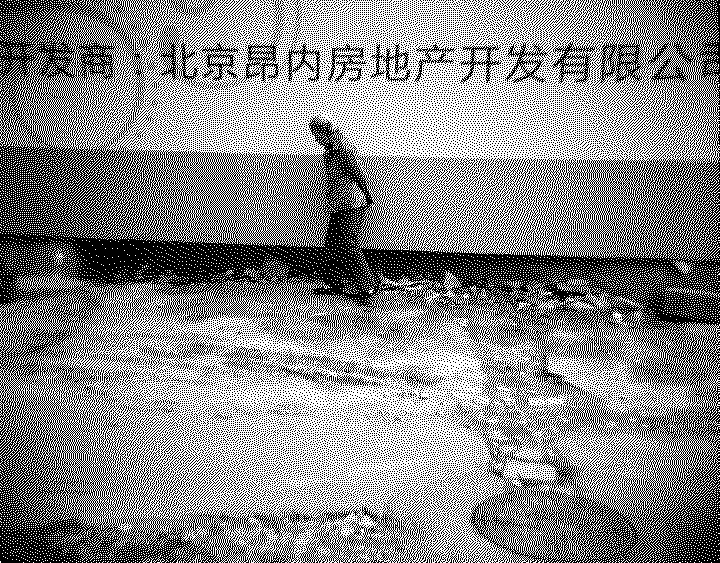 I remember the rush of excitement as I recognized the characters flashing in neon. Having spent a moderate amount of time studying them – and others that I would presumably need during the upcoming endeavour. I felt assured as I walked through the doors.

“You have to try the Chinese hot pot,” a friend of mine had urged me prior to my departure. Having spent two months traveling through China by himself, he had returned with an abundance of new experiences, many of them culinary.

“Chengdu has the best women,” he said. “Beijing is for politicians only.”

I decided to gladly take any food-related advice but to perhaps leave the rest up to myself to discover.

Hot pot, I discovered, has the ability to ambush you.

As a trio of restaurant staff came carrying the enormous cauldron that was to be placed on top of an open flame in the middle of my table, I could not see any of the raw meat or fresh vegetables I had ordered along with the broth. Assuming they had already been placed inside the steaming, murky fluid, I scooped up a ladle into a bowl and gulped it down.

That assumption turned out to be wrong.

After they’d helped me up from the floor the staff decided to post a designated hot pot-helper at my table for the remainder of my meal. And who could blame them? After all, it must have been a rather bizarre experience for any onlooker to witness me letting out a yelp and then a gasp, frantically clawing the air for something, anything to douse the intense pain as the Sichuan spices burned my insides. I only succeeded in eventually falling backwards off my chair.

“Alright, China,” I thought as I cut a rather humiliated figure eating while trying to avoid my food nanny’s eyes. “You win this round. But I’ll be coming back for more.”

That was nearly ten years ago. I’ve been back many times since. I’ve lived in China. I’ve studied in China. Fallen in love in and with China, fallen out of love only to fall back in again. During subsequent visits to my old stomping grounds in Beijing I’ve witnessed wholesale changes to the environment and infrastructure. The city has grown with an impressive rate, a fact easily verified by casting a glance at its subway map. Once populated by a measly three lines servicing the whole city, the Beijing subway system nowadays sprouts its colourful tendrils all across the face of the Eastern metropolis.

Other changes on a more human level have also been markedly noticeable. The numerable drug dealers openly inhabiting the restrooms in various Beijing nightclubs seemingly disappeared overnight in the year leading up to the 2008 Summer Olympics. It seems as if swept away by some invisible and all-powerful broom along with the many impoverished people. Not a few of them are children, begging tourists for money, only to often find themselves brushed aside by the latest busload of wide-eyed foreigners making their way inside the vast market complexes. These complexes offer the multitude of designer brand knock-offs that seem to be the main attraction for so many a tourist traversing the distance from his or her home country to the Middle Kingdom.

I was wearing my fake Levis and Converse high tops when I experienced the greatest change of them all.

I always used to encounter the same two reactions when telling people I speak Chinese.

The first one question: “What for?”

The other one, a self-correcting statement: “Well, I suppose it’s the smart thing to do. After all, China is The Future.”

I’ve never fully understood what this concept of The Future entailed. Business? Possibly. Politics? Most certainly. But these were not my reasons for venturing eastwards. I had a greedier calling.

I wanted to do it for myself.

I wanted to experience something mystical, exotic and hopefully even adventurous.

I wanted to learn Kung Fu.

And, more importantly, since nobody I knew at the time was even talking about China the prospect of making it All Mine was even more enticing.

Eventually, all those things I had hoped to achieve became possible, thanks to one man.

Teacher Liu was already sitting in the dining hall of the Beijing Film Academy when I arrived.

“I’ve spoken with Shifu. He can see you tomorrow. I’ll go along with you, so meet me at Fuchengmen around seven.”

I replied with a quick hao and walked over to the counter to order lunch.

Two months had passed since Liu mentioned Wang Shifu – master Wang – for the first time. His tone always turned sombre whenever he would recount one of the old master’s many adventures. Regardless of whether he was taking on six hoodlums bare-handed in an alley or drinking eight factory workers under the table during lunch hour and then finishing his shift for the day, Wang shifu apparently did everything in life with an effortless grace and composure. Thus, the notion of finally being able to meet him was a dizzying one.

Shifu was a Kung Fu master in the classic mould. This iconic figure deeply ingrained in Chinese folklore throughout the dynasties, and one that has been widely popularised outside of China.

I pictured Shifu as a handsome and gallant man. Not unlike the folk hero Huang Feihong, his long black hair braided, hanging down along the side of his dragon-patterned green silk robe the way I’d seen it depicted in countless Chinese martial arts films.

However, the unassiming figure that greeted teacher Liu and me in the doorway of his home was a rather short and elderly man. His hair silver grey, he walked in a slightly bowlegged manner and presented a smile with few teeth intact.

He lead us inside as he conversed with Liu, never adressing me a single time.

As we sat down in the spartan living room Wang Taitai – Mrs. Wang – came in from the kitchen and gave teacher Liu a warm hello.

Chairs were pulled out for us to sit on and Baijiu – the alcoholic beverage of choice among teachers and Kung Fu masters was poured into cups. That was when Shifu acknowledged my presence for the first time. “Hey kid,” he said, looking me straight into the eyes, “Drink up.”

He then continued his conversation with Liu without missing a beat.

As I watched teacher Liu from above the rim of my cup, I could sense that he was almost bursting with nothing but the utmost respect towards the master. I, too, could barely contain my excitement. There I was, sitting in the home of a bona fide Kung Fu practitioner. I imagined myself having conversations with Shifu after hours, name dropping kung fu references like two DJs discussing their favourite 12” remixes when my train of thought was interrupted by the rest of the party suddenly standing up.

“Tell him to be here at eleven tomorrow.”

As we walked out, teacher Liu leaned in towards me and said in a hushed tone, “Shifu rarely takes on new students anymore. Count yourself lucky, he seems to like you.”

I was stupid with joy. Coming back home, I started improvising made-up kung fu moves, taking on any imaginary foe and any (very real) wall or door frame foolish enough to stand in my way, much to my roommate’s somewhat diminished enjoyment.

The following months I visited the Wang household several times a week. The procedure was always the same: two hours of practising yiquan – literally “mind boxing” – followed by an eating and drinking session that usually lasted all afternoon.

This old man packed a punch like a bulldozer and he was still as quick as a tapdancer. A flurry of hands before my eyes and a quick trip to the floor, was what I very quickly got used to.

In between beatings (all done with the loving hands and feet of a teacher). I was slowly able to get to know Shifu – the man. Piece by piece, he would share details of his life as cups were emptied and then refilled.

Born in the rural areas outside of Beijing in the middle of the 40s, Shifu’s, as well as countless others’, early life was hit hard by the many political campaigns of the following decade. During the Cultural Revolution his university was shutdown and he was sent to work at a fruit plantation outside of the city. Famine ravaged the area and apart from the very tangerines that grew on the plantation there was scarcely anything else to eat.

To this day, Shifu still can’t eat another tangerine.

I once asked him if he’d wished his life had been different in any way, but he swatted the notion away, saying, “I can’t see what that would have been like.”

It was there, in a small courtyard in west Beijing, that all my early dreams of China aligned and came to be in a manner that, looking back at it half a decade later, almost feels unreal.

That near-magical feeling of a heightened reality has eluded me since, both over there and in my home country, and The Future that China was predicted to be a huge part of is upon us and almost past-tense. For a short period of time, I was living in a perfect fantasy version of a place untouched by time and worry.

Patrick Stanelius is a journalist and musician based in Stockholm, Sweden. He speaks Chinese and has traveled China for many years. He can be reached on Twitter at @patte3000