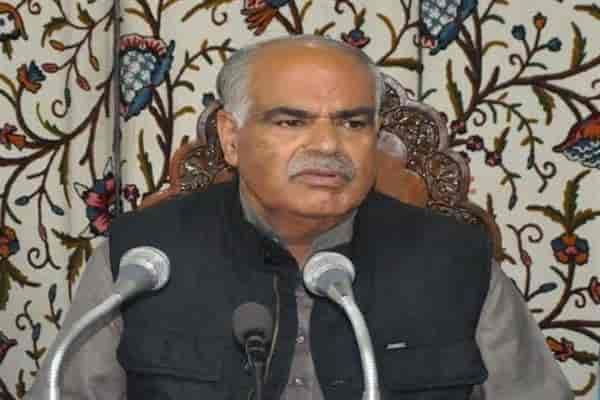 “Prime Minister Narendera Modi has announced the elections will be held in J-K and there will be ministers and chief minister,” he said. “We too want polls to take place in J-K. Delimitation exercise is already on and when that will end, Assembly polls will be held.”

Talking to the press after unfurling tricolor at the party headquarters in Srinagar, Mr. Koul further claimed that unionist leaders’ wont stick to their claims of not contesting election. “They didn’t contest panchayat polls, but joined poll fray in Parliamentary election. I bet when poll bugle for the Assembly will be blown, all these mainstream leaders will come out of their homes like frogs and join the poll pray,” Mr. Koul said.

Mr. Koul added that Prime Minister Narendera Modi announced about holding Assembly polls in J-K from the Red Fort. “We need to be ready about the new political process,” he said.

On the restoration of statehood to J-K, Mr. Koul said that New Delhi is committed to restore the state status to the J-K, “but for that all guns should fall silent.” “Yesterday, two policemen were killed. What was their fault? One of the slain policemen was supposed to get engaged today,” he said. “When people would start moving on rounds without fear, statehood will return.”

About the security concerns of BJP workers, he said government and the police have already taken some steps and more will be done in the days ahead. (KNO)