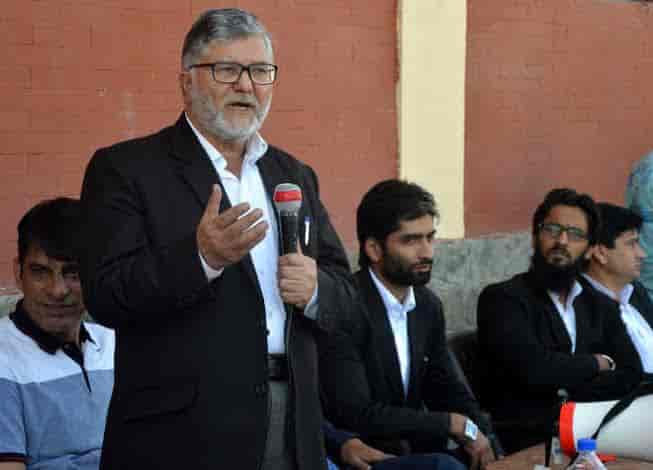 Qayoom, who is also a human rights lawyer, was arrested on the intervening night of 4 and 5 August. Next morning, the government had clamped down in Kashmir and snapped all lines of communications. Qayoom was accused of being a “most staunch advocate of secessionist ideology”.

“While we do not wish to prejudge the accuracy of these allegations, we wish to express our concern that, if conﬁrmed, may be in contravention of the rights of every individual to life, liberty and security, as set forth in articles 6 and 9 of the International Covenant on Civil and Political Rights (ICCPR),” the letter states.

Dated 27 February 2020, and under the protocol, the UN has released this after 2 months. Qayoom was moved to Agra Central Jail, Uttar Pradesh, on 8 August and was kept in solitary confinement, as per the letter, adding that he is suffering from multiple health issues — including a scheduled open heart surgery at the time of his detention.

On 29 January, the letter states, Qayoom suffered a heart attack. Next day, he was taken back to the jail’s dispensary. On 1 February 2020, he was transferred from Agra Central Jail to the All India Institute of Medical Science (AIIMS) in New Delhi, for a medical check-up. “He was then transferred to Tihar Jail, New Delhi,” the letter added.

The Special Rapporteurs also claimed in the letter that Qayoom is being denied “the right to a fair trial… and the right of everyone to hold opinions and to freedom of expression.”

“We also express concern that Mr. Qayoom’s deprivation of liberty appears to be a reprisal for his opinions, the legitimate and peaceful exercise of his freedom to express them and his human rights work,” the letter added, citing various previous cases and relevant articles of ICCPR that entitles anyone who is deprived of liberty by arrest or detention to take proceedings before a court.

“Arrest or detention as punishment for the legitimate exercise of other rights, as guaranteed by the ICCPR, is arbitrary, including the right to freedom of opinion and expression,” it mentioned.

The Special Rapporteurs added that they would be grateful for the observations of your Excellency’s Government on these matters:

“Please provide detailed information about the factual and legal grounds for the arrest and detention of Mr. Qayoom, including the charges brought against him. Please explain how his arrest and continued detention are in conformity with India’s international human rights obligations under the

conventions it has acceded to.

Please provide detailed information on the treatment by the court of the habeas corpus petition initiated by Mr. Qayoom. Please explain how the absence of a decision on his petition more than six months after it was made is compatible with the requirement that the lawfulness of his detention’s petitioner is adjudicated as expeditiously as possible, and with India’s obligations under ICCPR.

Please provide detailed information on the present medical situation of Mr. Qayoom and explain how his medical concerns have been duly taken into account and addressed since he was arrested and placed in detention. Please explain what measures are being taken to ensure Mr. Qayoom’s access to appropriate medical care on a reliable and regular basis.

Please indicate what measures have been taken to ensure that human rights defenders in India are able to carry out their legitimate work in a safe and enabling environment without fear of threats or acts of intimidation and harassment of any sort.

Please provide detailed information, included disaggregated data to the extent possible, as to the number of persons from Jammu and Kashmir who have been detained under the Public Security Act since August 2019.”