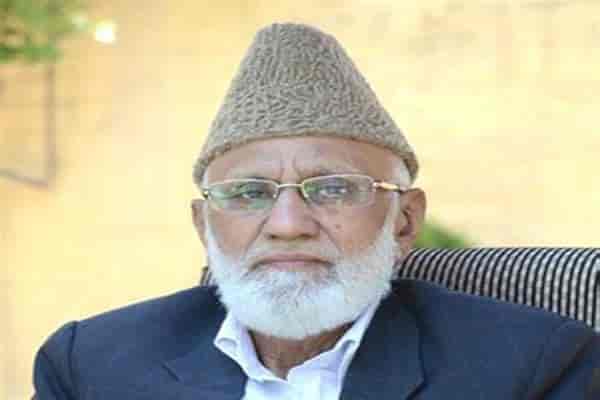 Four United Nations’ special rapporteurs have expressed “grave concern” at the arrest of Hurriyat leader Mohammad Ashraf Sehrai, followed by “torture and his death in custody” and urged the goverenment to investigate the case.

The rapporteurs have urged the centre and the local authorities in Jammu and Kashmir to “undertake a prompt, thorough, independent and impartial investigation into the death in custody of Mr. Sehrai so as to determine and document the reason for his arrest, its factual and legal basis, his treatment in detention, including any indication that he may have been tortured or otherwise mistreated, and the cause of his death”.

“We are also concerned by the reported lack of access to adequate medical care while he was in prison, given his fragility and known physical conditions,” reads the communication sent by the rapporteurs to the Central government.

They have sought clarifications from the government on various cases provided to them by the Human Rights Council regarding Sehrai’s death. They have asked the government to provide detailed information concerning the legal grounds for the arrest and detention of Sehrai “and for his alleged subjection to solitary confinement and secret (incommunicado) Detention”.

The letter further read: “Please provide detailed information about the conditions of his detention, his treatment, and the measures taken to take care of his health while in detention, given his old age and his declared ailments he was suffering from, including medical treatment and medication.”

It has also sought the detailed information on the reasons why Sehrai was “needed to be admitted into Government Medical College and why he died there, while in detention”.

“Please provide the details and, where available, the results of any investigation and judicial or other inquiries which may have been carried out, or which are foreseen, into what seems to have been the enforced disappearance and the death in custody of Mr. Sehrai,” it reads.

They have asked for any document related to “medical diagnosis, death certificate as well as post-mortem report undertaken after the death to determine its cause(s); and whether such documents were shared with the family”.

“Please indicate the current status of his two sons, Mujahid Ashraf Khan and Rashed Ashraf Khan, as well as detailed information on the factual and legal grounds for their arrest, their continued detention, and the measures taken to ensure that they are treated humanely while detained, have access to their family and their lawyers, and are ensured due process of law in the respect of the international human rights norms for fair trial that are binding on India by virtue of the treaties it has ratified,” it reads.

As per the letter, Muhammad Ashraf Sehrai was arrested on 12 July 2020 by several armed forces “in plain clothes, without an arrest warrant”.  Sehrai was booked under Public Safety Act (PSA) and was taken to Saddar Police Station. “His family was later informed that he was at Udhampur District Jail, in Jammu,” the letter reads.

The family had later, in October 2020, travelled to the Udhampur District Jail to inquire about his whereabouts. “However, they did not get any information about his whereabouts, were threatened by security officers at the jail and by an Indian Army officer, and told to not return,” reads the rapporteur.

Sehrai was arrested in 1965 when he spent over 16 years in various jails across India. “Despite filing a Habeas Corpus case in the Jammu Kashmir High Court, which should decide on the case within 15 days, Mr. Sehrai was not released. Likewise, his family filed three requests before the said Court for ensuring his vital medical treatment,” it reads. “The Court delayed the hearing of the petitions – which in turn delayed essential medical care and exacerbated the health condition of Mr.Sehrai while in detention.”

The family had also sought for his transfer from the Udhampur jail to Central Jail Srinagar, considering his ailing condition, as per the rapporteur, but nothing happened.

Reportedly, Sehrai was allowed to call his family every other week in January this year. However, his last phone call was in early April 2021, three weeks before his death. “During those phone calls, he complained about his deteriorating health, of being placed in solitary confinement and for lack of access to adequate medical care,”the rapporteur reads. “Mr. Sehrai suffered from hypertension and Chronic Kidney Disease (CKD), and reportedly had no access to his life-saving medication while in detention.”

On 3 May 2021, an employee from Udhampur District Jail informed a relative of Sehrai that he had been admitted into Government Medical College, Jammu, reads the rapporteur. “When the relatives arrived there on 4 May 2021, they were not allowed to see or visit Mr. Sehrai. After almost 10 hours of waiting, they were told that he had died,” it reads.

“Personnel at the Medical College informed family members that they would not be given his body,” it reads. “The family protested against this decision at the hospital. His remains were finally handed over to the family on 5 May 2021, without any official explanation about the reasons for his death.”

After the funeral of Sehrai, his sons, Mujahid Ashraf Khan and Rashed Ashraf Khan, were arrested at his home and continue to be in detention. They are booked under Unlawful Activities (Prevention) Act (UAPA) and are being shifted to different prisons.

The cause of Sehrai’s death was said to be bilateral pneumonia and low levels of oxygen saturation and thus attributed to COVID-19, reads the rapporteur. “However, he reportedly died due to the lack of access to his medicine and adequate medical care while in prison,” it reads. “Sleep deprivation and being placed in solitary confinement might have also had a negative impact on his health.”

It further reads: “Reportedly, Indian authorities have so far not opened an investigation into the allegations of torture suffered by Mr. Sehrai and the causes of his death in custody.”

“If confirmed, these allegations would amount to multiple violation of the right of every individual to life and security, the absolute and non-derogable prohibition of torture and other cruel, inhuman or degrading treatment or punishment, of the right not to be arbitrarily deprived of one’s life or liberty, as well as the right to health, as set forth in articles 6, 7 and 9 of the International Covenant on Civil and Political Rights (ICCPR), which India acceded to on 10 April 1979,” it further reads.

The UN urged the government to send a response within 60 days on 21 July 2021 and while awaiting a reply, it also urged that “all necessary measures, provided by law and the human rights obligations of India, be taken to review the cause of the arrest, detention ad death of Mr. Sehrai; to ensure that the human rights of his two detained sons are respected; and in the event that the investigations support or suggest that they are correct, to ensure the accountability of any person(s) responsible for the alleged violations”.