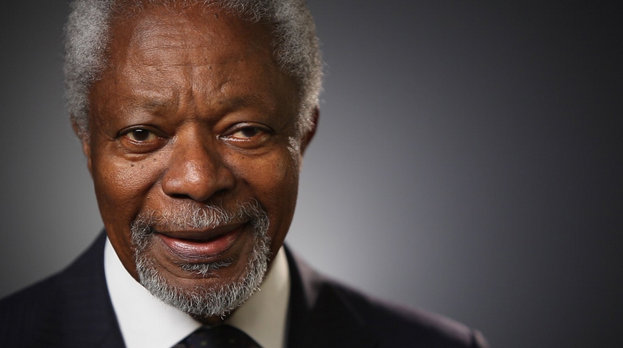 Former United Nations secretary general, Kofi Annan, has died at the age of 80.

Anan passed away after a brief illness, as announced by his family and foundation announced on Saturday.

In a statement announcing his death, the Kofi Annan Foundation described him as a “global statesman and deeply committed internationalist who fought throughout his life for a fairer and more peaceful world”.

“Wherever there was suffering or need, he reached out and touched many people with his deep compassion and empathy. He selflessly placed others first, radiating genuine kindness, warmth and brilliance in all he did.”

He was the seventh secretary general of the UN between 1997 and 2006 and won the Nobel peace prize for his humanitarian work.

It is with immense sadness that the Annan family and the Kofi Annan Foundation announce that Kofi Annan, former Secretary General of the United Nations and Nobel Peace Laureate, passed away peacefully on Saturday 18th August after a short illness… pic.twitter.com/42nGOxmcPZ

Previous articleCop hit by stone in Pulwama, shifted to hospital
Next articleCASO launched in Sopore