Ukraine agrees to hold talks with Russia in Belarus 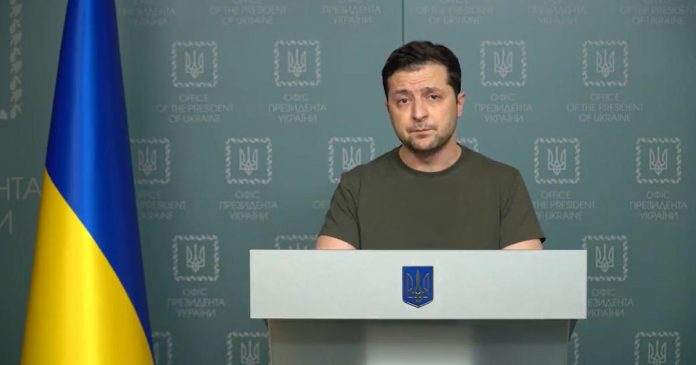 The Ukraine Presidency on Sunday agreed to hold with their Russian counterparts in the Gomel city of Belarus.

Earlier, the Ukrainian President had refused to hold talk in Belarus saying that the country has staged ground for the Russian invasion.

Russia on Sunday offered to hold talks with the Ukrainian officials in the Gomel city of Belarus but the talk offer was quickly turned down by the Ukrainian President Volodymyr Zelenskiy.

“Bratislava, Istanbul, Budapest or Baku can be the alternative venues for holding talks,” Zelenskiy in a video message said.

The Russian President Vladimir Putin on Sunday also ordered Russian nuclear deterrent forces on alert amid tensions with the West over Ukraine.

The Russian President said that the Western countries aren’t only taking unfriendly economic actions against our country but leaders of major NATO countries are making aggressive statements about Russia.

“So, I order to move Russia’s deterrence forces to a special regime of duty,” Putin said in an address from Kremlin.