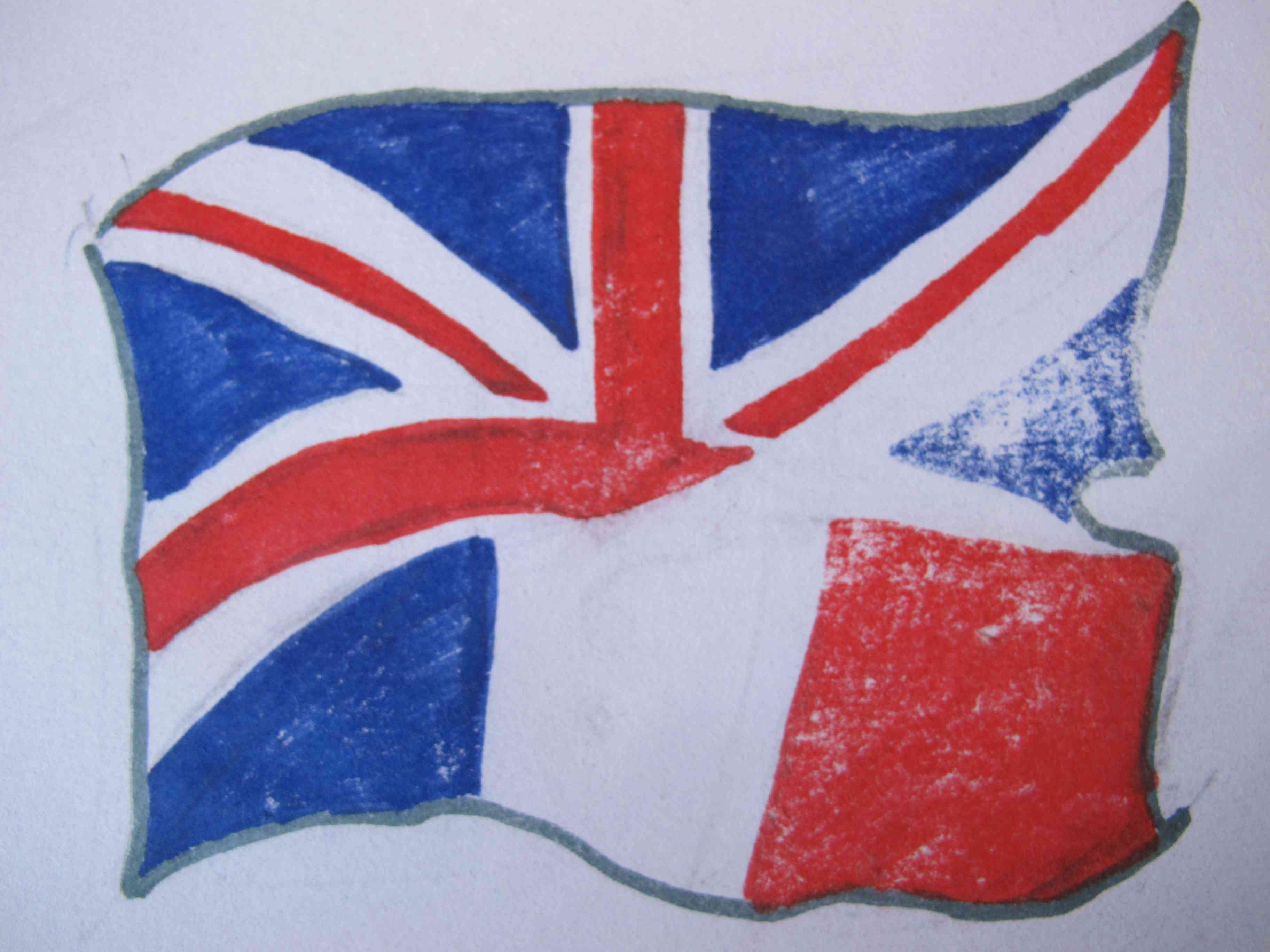 Once historical enemies, France and the United Kingdom are now aligned on several social and economic matters troubling their countries. Such phenomenon seems to have accelerated in time of the financial crisis, raging since 2008. For better or worse, the two countries have taken the habit to customarily gaze across the channel: France in order to praise the English liberal “miracle”, while UK seems to be imitating certain faction of the French political scene. If this occurrence is not likely to stop, it is however doubtful that the last recent UK general elections are a political example to follow for the hexagonal country.

For years now, the successive Labor and Conservative governments consistently and constantly raised higher education fees (£1000 in 1998 against £9000 today). The newly re-elected prime minister David Cameron constructed his campaign on resolutions that will send the UK right back where they were standing before the social advancements that followed World War II. The English working class is now doomed to remain uneducated, but it is also likely that these vulnerable citizens will face higher mortality rates as a result of Cameron’s intolerance towards the present form of the National Health Service (NHS). The system provides free healthcare for the folks of the UK since almost 70 years now. English citizens will now show forced ‘solidarity’ with some of their European Union neighbors.

Indeed, the situation in England might start to look like that of other Mediterranean countries, members of the EU, which are having huge difficulties to deal with the crisis. It has been years now that the Greeks have been deprived from efficient state support, due to austerity measures.  Whether we are talking about lack of care, drug abuse, the suicide rate as well as the unemployment rates, all of these have drastically increased since social support from the state diminished from 2008.

In Greece, all that ironically happened without successfully reducing the Greek debt. It has however led to the success of Syriza, the local extreme left party, as well as increasing the electorate of the Greek extreme right party, Golden Dawn.

To avoid this fate to his people, Cameron has voiced his wish to re-assess the conditions of the UK in the European Union. The Tory government is tempted to do so in order to reach a higher state of economic liberalism, allied with new cuts on diverse forms of social care. Also, the success of the extreme right-wing anti-European party UK Independence Party (UKIP) has definitely motivated the freshly re-elected right-wing party to insist on nationalist issues. After all, historical evidence has shown that populist and nationalistic discourses have worked at their best in time of crisis.

In past, there were certain parties such as British National Party or the English defense league that wouldn’t condone pogroms on fresh immigrants. While as now is the era of anti-EU and anti-immigration resolutions, justified by alleged economic guidelines. UKIP acts under a new political etiquette, which appears more moderated and therefore more appealing to all. This is very reminiscent of the transformation that the French extreme right party Front National recently went through. From LePen father to LePen daughter, the form has changed a lot, but the ideas remain the same. As a symbol of change that the political formation is going through, LePen father has been recently suspended from the party by his daughter for racist allegations. There is little doubt that the modernization of the old French extreme right party, displaying repeated success in recent elections, has appealed and inspired Nigel Farage’s UKIP.

The French extreme right party has fought for an imminent exit out of the EU. Even if the mainstream French political parties, right and left-wing, are still far from considering such option, they did not hesitate to include a xenophobic touch to their political narrative. For a while now, Islam allied to the question of security and integration has become the favorite topic of the day. Such questions have been captivating the masses all around Europe. On this matter, France did not need to adopt inspiration from the UK to talk about such issues. The country of the human rights did it very well by itself.

From former president Nicolas Sarkozy’s clique, to the now left wing Prime minister Manuel Valls, the constant question of French-Muslim’s will and possibility to adapt to the French society always arises in the public debate. Obviously, without ever interrogating the country’s own impact of its colonial history, as well as barely questioning the role of the ever increasing ghettoization in some sensitive areas. Such concerns have appeared in the public debate for a short while after the Charlie Hebdo events, but  then quickly vanished to leave ways to security measures (military deployment, surveillance laws, etc.), easier to apply.

Repeatedly, the English economic model has been praised by French politicians, from both the mainstream parties. In 2008, during a visit to London, Sarkozy did not skimp on glorifying commentaries about the apostles of the English neo-liberal transformation. He said, “I admire the way they ensured the transition between the Thatcher years and the Blair years (…) and made the necessary reforms to ensure growth, full employment and prosperity.” This statement made then is highly debatable today. Even if the UK does claim to have achieved a new lowest record of unemployment, with only 5.5% of its total population, this number is true only thanks to the infamous zero hour contract, which means that an English citizen will not be considered unemployed from the moment a person has at least an hour of work per week.

In 2014, this translated into 13 million people living under the poverty line in the UK against 8.5 million in France. The English unemployment rate becomes highly questionable when we observe that the French one has been sticking around between 9 -10 percent in the past couple of years. Knowing that there is about the same number of people living in both countries, it is hard to understand how UK can be a positive political inspiration for France.

However, if Sarkozy talked about his love for the English model, it is the recently elected left wing president François Hollande, that acted upon it. The French government forced the approval of the ’LoiMacron’ (named after the French minister of finance), which is going to make the French work market soon look like the English one. Among other things, more privatization of national enterprises, less money for extra Sunday shifts, more flexibility for employers to impose their salary conditions on employees. The list is long, and is also very likely to make way to new issues in the French societies, already scattering Great-Britain.

French media are one among others to be congratulated for greatly advocating the ‘benefits’ of such lawful resolutions. Most of them advocated the necessity of following such reforms, in order to prevent the country from becoming the new Greece. Pretty much the same watchword was adopted by the very read and watched supportive right-wing media in England for the last election. Most media coverage was either praising Cameron, or bashing the other candidates, on the basis that he was the only one able to maintain the country, and save UK from falling apart.

In the case of France, this new resolution does not exclude that, the situation will get socially worse. As in the UK, it is highly likely to increase poverty in France, through raising the number of precarious employed, along with enlarging the gap between the very rich and very poor, already continuously growing all around the world. The new Macron law is still far from bringing France to become the new UK, with its costly higher education and maybe, it’s soon to be made un-free healthcare. However, it is not to exclude that the new law might have paved the way for other similar ones to come.

In the context of ambient paranoia following the Charlie Hebdo events, the French parliament has also largely ratified a new text, giving full right to the government to put anyone under surveillance, if they are suspected of plotting terrorist acts. This means authorities could infiltrate someone’s physical home and digital as well other private spaces, in order to verify your said suspicious data. Officials swear to those who listen that it will only be used for suspicions of terrorism, but the excesses can be quick to come. This decided system has nothing to envy to the English Closed-circuit television (CCTV). These surveillance cameras are already implemented in each corner of major UK cities.

On certain topics, it is becoming rather hard to make a distinction between both the countries. France inspires to follow the English economic model and the English extreme right has transformed into a locally adapted form of the French one. These politically formed xenophobic discourses strongly inspire the mainstream political parties. Along that, the media of both the countries act efficiently for the defense of the ruling class’ interests. Meanwhile, individual freedom is threatened by an ever increasing digital and physical surveillance.

On several levels, it appears that both the countries are taking a social and economic dis-empowering direction for their citizens. In the case of UK, the cost of higher education, plus the potential end of the NHS, as we know it, might precipitate the country towards a very uncertain path for its inhabitants. For France, the future still looks brighter, as free healthcare and free education are still maintained. Shown by the recently passed laws, a more disheartening alternative might also be awaiting the French.