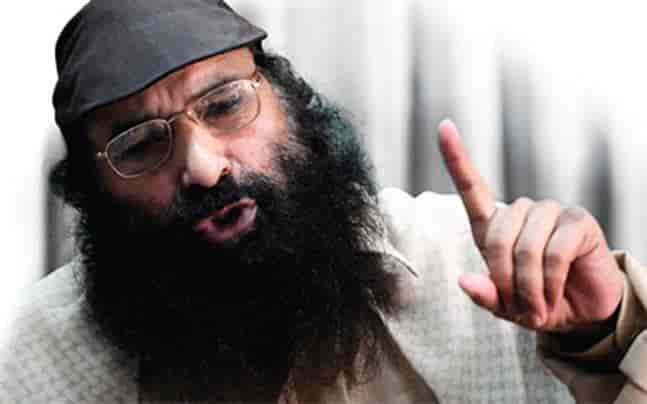 Srinagar: United Jihad Council (UJC) chairman and Hizb-ul-Mujahideen chief Syed Salah-ud-Din Sunday urged the people of Jammu and Kashmir to raise above party affiliations, ideologies and regions to thwart the attempts of New Delhi to change the ground realities in the state.

In an emailed statement, UJC spokesperson Syed Sadaqat Hussain quoting Salah-ud-Din’s address to UJC council in Muzaffarabad, claimed, “Right wing Modi government has created a sense of terror and fear in Jammu and Kashmir. Despite the presence of eight lakh troops in the state, thousands of paramilitary forces are being rushed to Kashmir. State police was being disarmed and yatris and tourists were forced to leave Kashmir.”

“According to reliable sources, under the garb of these decisions, an attempt is being made to take illegal and unconstitutional steps to break Jammu and Kashmir’s unity. We hope people of the state will get united to thwart these attempts,” he said, according to the statement.

The UJC chief also appealed to the government of Pakistan to play its part as the basic party of the Kashmir issue “and leave its apologetic approach.”

“Pakistan should support Kashmiris at diplomatic and political front and make the world aware about the prevailing situation in Kashmir. Otherwise history will never forgive them,” Salah-ud-Din according to the statement added. (KNS)