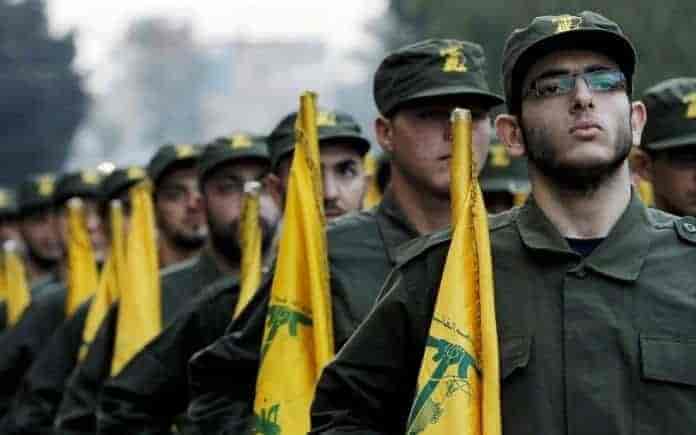 US President Donald Trump has imposed new sanctions targeting Lebanese militant group Hezbollah to isolate it from the international financial system, as his administration continues its all-out economic squeeze on the Iranian regime that allegedly backs it, PTI reported.

Trump signed the Hezballah International Financing Prevention Amendments Act (HIPAA) of 2018 into law on the 35th anniversary of Hezbollah’s 1983 truck bombing of the barracks in Beirut, which killed 241 US service members and 58 French peacekeepers.

The legislation ramps up reporting requirements and places further financial and economic sanctions on the group.

“The attack was carried out by Hezbollah, which Iran was instrumental in founding earlier to advance its radical agenda and remains its main patron today. And we’re doing a big number on Iran today, in case you haven’t noticed,” Trump said.

“Hezbollah has kidnapped, tortured, and murdered American citizens, including in its brutal attack in 1983 on our Marine Barracks in Beirut, Lebanon, which killed 241 American Marines, Sailors, and Soldiers, wounded 128 other American service members, and killed a Lebanese civilian. Another bombing against the French barracks killed 58 French peacekeepers and five Lebanese civilians,” White House Press Secretary Sarah Sanders said.

The legislation, Sanders said, will further isolate Hezbollah from the international financial system and reduce its funding.

These sanctions will target foreign persons and government agencies that knowingly assist or support Hezbollah, and Hezbollah-affiliated networks that engage in drug trafficking or other transnational crime, she said.

Trump said over the past year, his administration has levied the highest number of sanctions ever imposed on Hezbollah in a single year, by far.

“Just a few moments ago I signed legislation imposing even more hard-hitting sanctions on Hezbollah to further starve them of  of their funds. And they are starving of funds,” he said.

“We will target, disrupt, and dismantle their operational and financing networks of which they had plenty. They don’t have plenty now. And we will never forget what they did to our great Marines in Beirut. We will never forget,” the US president said.

The US has designated Hezbollah a terrorist organization that also plays a major political role in Lebanon. The bill Trump signed Thursday also expands the list of those who can be sanctioned for doing business with Hezbollah.

Iran, Hezbollah’s main sponsor, also has been targeted by US sanctions in recent months. Since May of this year when the U.S withdrew from the 2015 nuclear deal with Iran, the US has imposed a number of embargoes against Tehran.

In August, the US re-imposed a set of sanctions prohibiting Iran’s purchase of US dollars and precious metals, which is part of a larger US measure aimed at cutting the country off from the international financial system. A second round of US sanctions in November will target Iran’s energy sector.