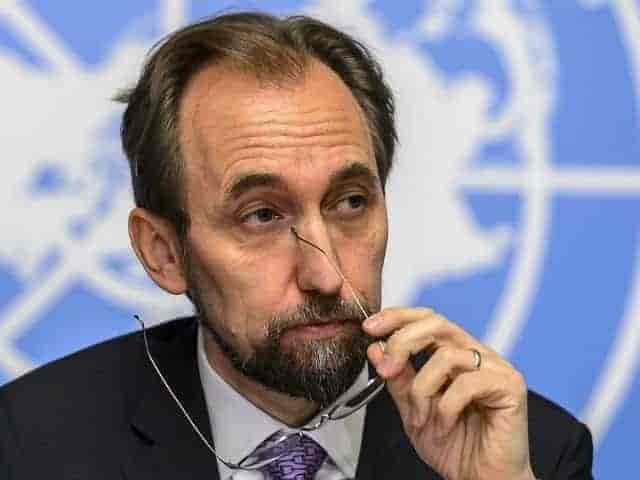 UN High Commissioner for Human Rights, Zeid Ra’ad Al Hussein, expressed his grief in his opening statement of the 38th session of the Human Rights Council. He added that he was tremendously saddened by the assassination of veteran journalist Shujaat Bukhari.

While calling him a human rights defender, Hussein said, “I am tremendously saddened by the assassination last week of Shujaat Bukhari, a courageous human rights defender actively working for peace, including through his participation in the Track Two diplomacy seeking to help both India and Pakistan put an end to the violence.”

Bukhari was assassinated on June 14 by unidentified gunmen outside his office in Srinagar, a day before Eid and few minutes before Iftaar (breaking of Fast during Ramzan). Bukhari succumbed to his injuries and was declared brought dead at the hospital.

Recently, two major world bodies of editors and publishers have written to Prime Minister Narendra Modi conveying their “grave concern” over Shujaat Bukhari’s assassination and sought investigations in the case.