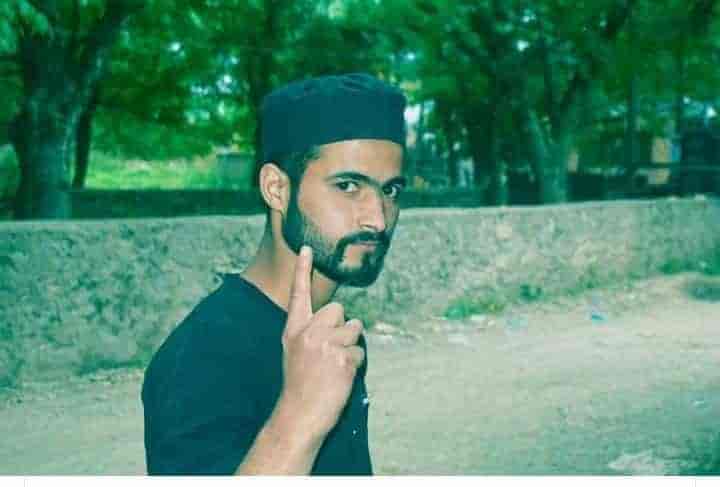 Thousands of people on Thursday attended the funeral prayers of 20-year-old youth at Trehgam in north Kashmir’s Kupwara district.
The youth namely Khalid Gafar (20) son of Abdul Gafar Malik was killed while another person suffered injuries after army allegedly opened fire upon a group of protesters at Trehgam village on Tuesday evening.
Reports reaching GNS said that thousands of people assembled at Trehgam and participated in the funeral prayers of Khalid.
Later, the slain was laid to rest amid pro-freedom and ant-government sloganeering in local martyr’s graveyard, they said.
Soon after the slain was buried, the people mostly youth took to streets and pelted stones on the joint team of police and paramilitary CRPF deployed in the area for imposition of curbs in the area, they said.
The forces used tear smoke shells and pellets to disperse the protesters resulting in injuries to three youths so far in the ongoing protests, they said.
The local residents of the area, meanwhile alleged that the forces damage windowpanes of several residential houses in Tregam. Meanwhile, the protests in Trehgam and its adjoining areas were going on when this report was filed.
Besides curbs in Trehgam, the authorities have imposes strict restrictions in Kupwara town and its adjoining areas.
An official of the district administration confirmed the imposition of restrictions in parts of Kupwara. He said that the curbs were imposed as a precautionary measure to maintain law and order.
Meanwhile, a complete spontaneous shutdown was observed in Kupwara district. Reports said that all the shops and business establishments were closed while the public transport was off the roads.
The internet services have also been snapped since last night in parts of north Kashmir including Kupwara, Handwara and Sopore.
The district administration have ordered closure of all educational institutions including Schools and colleges in Kupwara district for today.
Deputy Commissioner Kupwara, Khalid Jehangir had said that the all schools and colleges across Kupwara district shall remain closed except in Machil, Tanghdar and Keran areas for today.
The decision has been taken as a precautionary measure to avoid law and order situation in the Valley, he had said. (Peerzada Zubair/GNS)