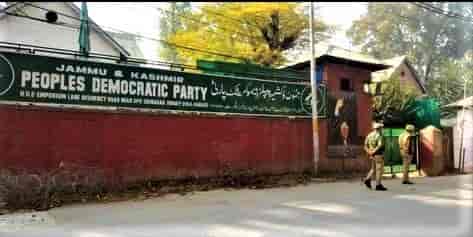 Talking on the detentions of Sartaj Madani and Peer Mansoor, Mufti claimed that “every senior police officer here is clueless as it is ‘upar say order'”. “Total lawlessness as PDPs Sartaj Madni & Mansoor Hussain have been arbitrarily detained today on the eve of DDC election results,” she said. “No rule of law in J&K anymore. It is out & out Gunda Raj.”

Earlier, the authorities in June this year had revoked Public Safety Act detention against the duo together alongside former IAS officer-turned-politician Shah Faesal.