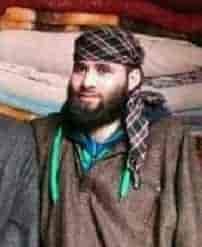 He was listed among the top militant commanders in most wanted list released by government forces.

The other slain militant has been identified as Umar Rashid who is believed to have escaped earlier in Batamalo encounter.

A senior Police officer said that both militants have been killed and have been identified as Altaf Kachroo and Umar Rashid, however families have not yet came to identity them. More details to follow.(GNS)