To keep BJP out, will support Congress in MP: Mayawati 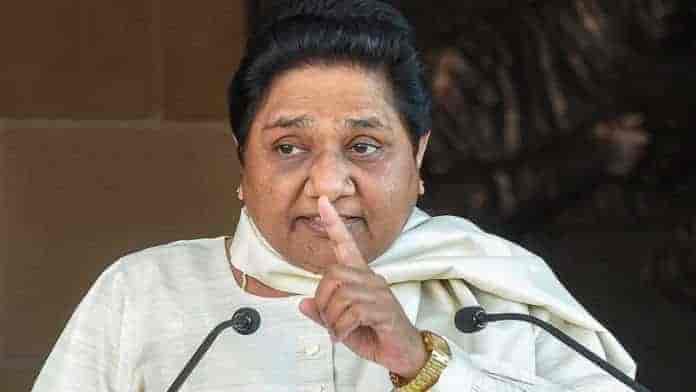 Bahujan Samaj Party (BSP) chief Mayawati Wednesday said her party would support the Congress in Madhya Pradesh and Rajasthan, to keep the BJP out of power. Her support will take the Congress past the finishing line in both states, where it missed a majority in elections.

“Our aim is to keep BJP out of power. And that is why we have decided to support the Congress in Madhya Pradesh,” Mayawati was quoted as saying by NDTV.

The BSP has won two seats in the 230-seat Madhya Pradesh assembly, where the Congress has emerged the largest party however it is two short of the majority mark of 116. The BJP meanwhile has  109 seats.

“We have decided to support the Congress in Rajasthan as well. We fought these elections to ensure that the BJP does not come back to power,” said Mayawati.

The Congress, which wrote to Governor Anandiben Patel late last night staking claim to power, is expected to meet her this morning.

While announcing her support, Mayawati did not spare congress her criticism. She said the Congress ruled most of the states in India but regional parties emerged because it was not working for the welfare of the people. “If the Congress had performed well, there would not have been a BJP either,” she said.

Previous articleMinimum temperatures continue to dip in Kashmir
Next articleHezbollah will be hit with Unimaginable blows if they oppose us: Netanyahu