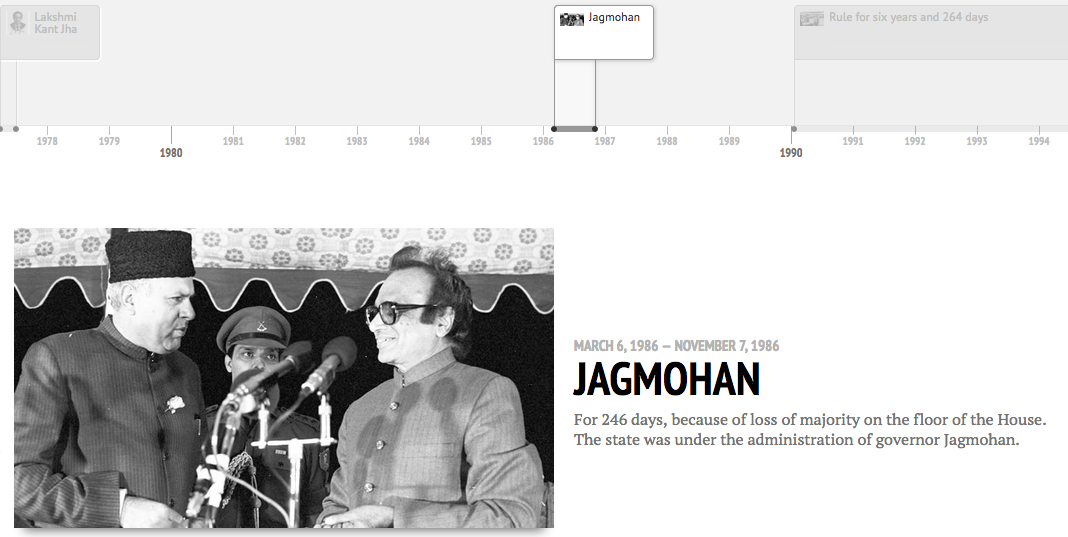 Late Mufti Mohammad Sayeed’s dreams are dumped, and so is People’s Democratic Party’s (PDP). As the sunlight took to streets, Mehbooba Mufti left for the civil secretariat to rest on Chief Minister’s chair – for the last time, as of now. In the parallel world of New Delhi, as it is, Bhartiya Janta Party (BJP) national president, Amit Shah met with National Security Advisor (NSA), Ajit Doval. Soon after that, on the shoulder of general secretary of the BJP, Ram Madhav, the right-wing giant walked out of the complicated relationship with the “north-pole,” handing over the state to an 82-year-old governor, N. N. Vohra.

Riding on the back of the PDP for three years and three months in the Valley, “BJP, a big party with big mandate” made a mockery out of their scapegoat and left the state in the rubble. But, the Valley seemed to be used to it; being in the rubble, as well as under governor’s rule. Alike the alliance, the Jammu and Kashmir and the story of its governors don’t seem to be a romantic one either.

On the dawn of 19 June, the governor’s rule was imposed in the state, but it was not the first time. The state has been under such rule for seven times earlier as well, mostly because of the unstable assembly.

As a party not known for its myopia, BJP now aims for 2019 Lok Sabha elections. Keeping “ceasefire” and “national interest” cards in the pocket, the usage would be interesting to look forward to. While the clouds over the ending terms of current governor Vohra aren’t clear; the future of the Valley looks dicey.