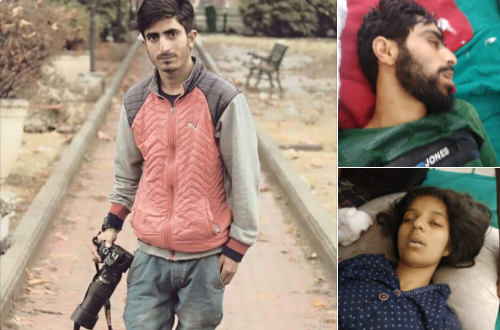 Three civilian youths have been killed after government forces opened fire on protesters during clashes in Redwani village of South Kashmir’s Kulgam District on Saturday.

Civilians have been identified as Shakir Ahmed Khanday, Irshad Majeed (20) and a girl Andleeb (16), hospital sources told a news agency.

A valley based journalist shared a video of 2 civilians being brought dead at the hospital.

Video: Teenager girl who was injured near the clashes has been brought dead to the hospital. Death toll 2 in Kulgam. #Kashmir pic.twitter.com/hvFdViUTKF

They said that many others have sustained injuries in the incident and the situation was tense in the area.

The clashes erupted soon after government forces entered the village and started laying siege around. The youth started raising slogans and pelted forces with rocks who retaliated with firing injuring at least three protesters. The injured were shifted to Frisal Hospital where they succumbed.