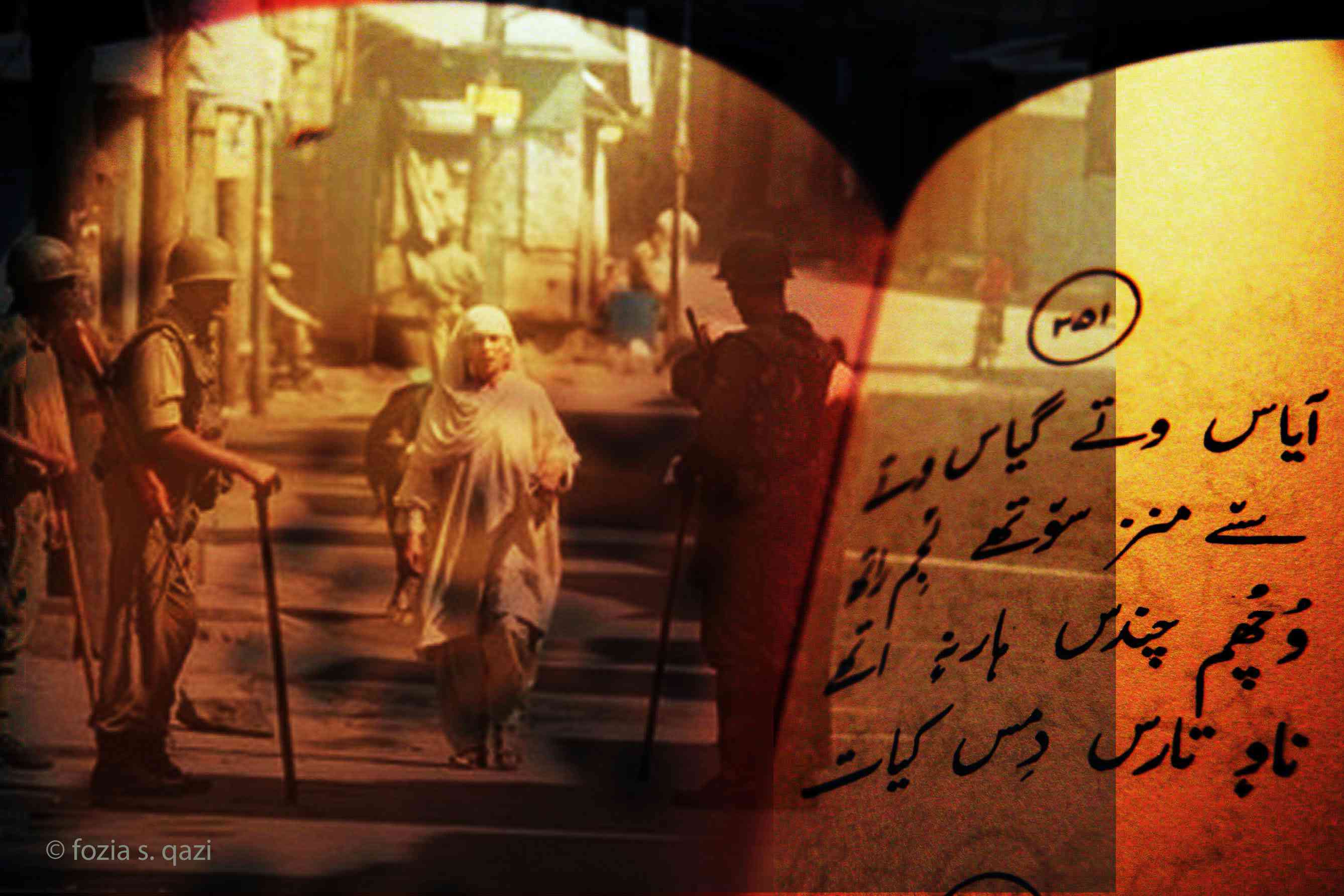 It started with a wedding and ended in a march. In between many innocent souls were murdered ruthlessly on the streets of Kashmir. Love was the chain that pulled and bound many of us, and it also set us free. Love of a belief that refuses to die – a belief in a just world, a belief that people’s power can give impetus to a peaceful process for the resolution of long-standing disputes. Exciting, frustrating, agonizing and ultimately liberating, such was the summer of 2008.

I witnessed this love during my Kashmir visit that summer and was mesmerized by it. But I found it frustrating to express the profound pride and pain that this love had bequeathed us. Pride at the extraordinary resolve and courage shown by my countrymen and women during the many months of 2008 and pain at the tyranny exhibited by the state and the resulting loss of lives.

How does one describe such mixed feelings? I found the answer in a centuries old echo called Nund Reshi. His verses became the muse for my art. Several photographs had appeared in the newspapers of ordinary Kashmiris showing extraordinary courage and determination in the face of state power and its military might – an old woman shouting freedom slogans while passing in front of a paramilitary bunker in Srinagar, young boys and old women with defiant attitudes. Then there were also the photographs of those who fell to the bullets – memories of our collective loss.

The collages that you see here represent that summer to me. It has been more than six years since then. I have moved back to Kashmir and continue to witness the love of 2008 in its many manifestations.

Acknowledgements – The names of the photographers, many of whom risked their lives to tell the truth, are not known to me; their images were published by the Kashmir dailies. I thank them for their work which has allowed me to capture the summer of love in my own way. I also acknowledge their courage.

Note: The source of the original photographs, as per the author, are unknown but were published by local dailies of Kashmir. If any photographer recognizes his/her photograph, please let us know and we will add your credits.