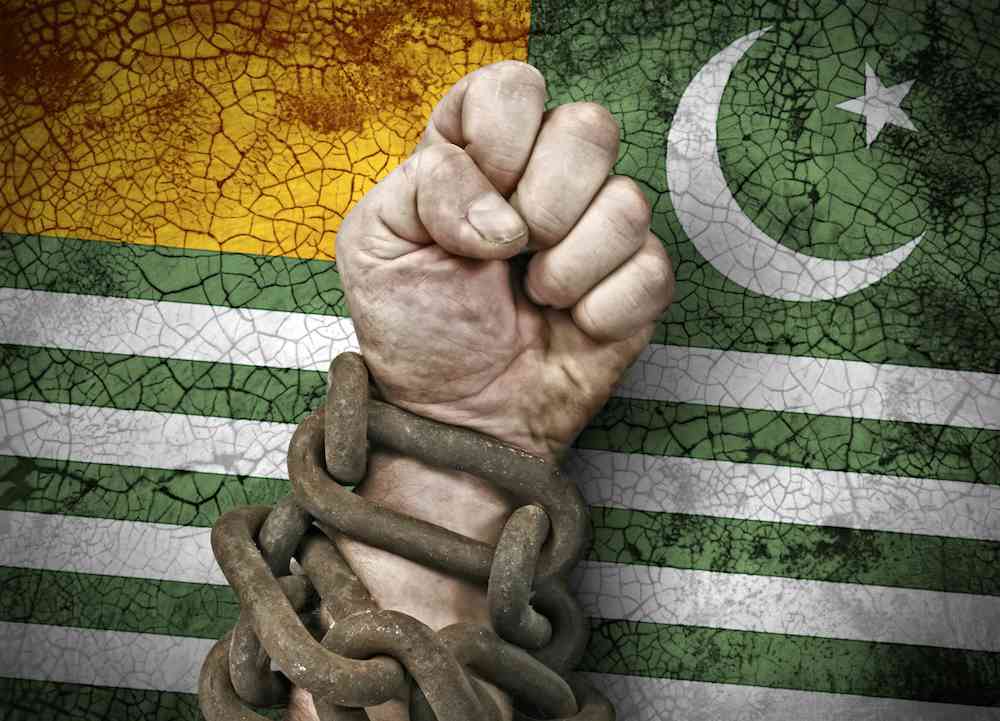 It is impossible to discuss the dispute between India and Pakistan over the former princely state of Jammu and Kashmir, without mentioning ‘the plebiscite’: the pledge made by both leaders of recently independent India and Pakistan – Prime Minister Jawaharhal Nehru and Quaid-e-Azam Mohammad Ali Jinnah – to hold a plebiscite to confirm (or reject) Maharajah Hari Singh’s accession to India in October 1947.

Given the hurried nature of the accession, carried out in the face of mounting unrest in the state and a tribal invasion from neighbouring Pakistan, it was Mountbatten – in his capacity as Governor-General of India – who had first suggested that the accession should be confirmed by a ‘referendum, plebiscite or reference to the people.’ Mindful that the Maharaja was a Hindu, the majority of his people were Muslim, in the heat of the moment, Mountbatten’s suggestion seemed a democratically acceptable  way of giving closure to the issue.

At the time no one pointed to the cultural and religious diversity in the state – its varied regions brought together as a Princely state in 1846 by the British as a counterweight to the rising power of the Sikhs in the Punjab. No one raised the issue of whether what might suit the inhabitants of Gilgit and Baltistan (accession to Pakistan) might not suit the minority Buddhist population of Ladakh, who were far more ideologically attuned to reuniting with Tibet (pre the 1949 Chinese invasion) in preference to becoming part of Pakistan. No one considered that whereas the predominantly Muslim valley of Kashmir might opt for union with Pakistan, predominantly Hindu Jammu would be most likely to prefer remaining with India. It took Australian jurist, Sir Owen Dixon, travelling to the region in 1950 on behalf of the United Nations Committee for India and Pakistan (UNCIP), to highlight the complexities of the issue by suggesting that holding regional plebiscites might produce a more equitable result. But even that more pragmatic approach was not heeded, having as its inevitable outcome the break-up of the state.

The seminar held at the first ever Bradford Literature Festival in Britain in May 2015 proved no exception to once more examining the intractable issue of why the plebiscite was not held and whether it would be possible to do so in 2015, sixty-seven years after the events which created the dispute. Opinion was divided among four expert panelists: Andrew Whitehead, former BBC correspondent in Delhi; Dr. Sardar Rahman Khan, whose family come from that part of the state known in Pakistan as ‘Azad’ (Free) Jammu and Kashmir, Fahad Shah, editor of The Kashmir Walla in Srinagar and Indian historian, Dilip Hiro, now based in London.

‘A plebiscite in Jammu and Kashmir is just not going to happen’, affirmed Whitehead. His argument was simple. Successive governments of India had no intention of exposing themselves to any change of the status quo. And although the government of India has never officially conceded that Gilgit Baltistan and AJK (known in India as Pakistan-occupied Kashmir (POK)), with its capital at Muzzaffarabad, is no longer part of India, in reality – as has been clear since the 1972 Shimla agreement – it would be more than happy to let things stand along the de facto line of control by converting it into an international frontier if only Pakistan would agree. Even without Pakistan’s agreement, as Whitehead emphasised, the Indian position on the future of Jammu and Kashmir is becoming too strong to challenge:  evidence of which is that within the near future, with its 1.2 billion population, India is likely to become a permanent member of the United Nations Security Council.

Panelist Sardar Rahman Khan, now settled in Bradford but whose forbears were part of the ‘freedom’ struggle to secure the state’s accession to Pakistan, disagreed. As far as he was concerned, self-determination was the inalienable right of the inhabitants of Jammu and Kashmir; regardless of the fact that the UN has no mandatory authority to oblige either protagonist to hold a plebiscite, Rahman Khan was adamant that a plebiscite under the auspices of the United Nations was the only way to resolve the issue.

But as was pointed out by Fahad Shah, who lives in the Kashmir valley, the situation – particularly in the valley –  has moved on. The plebiscite as endorsed by the United Nations in 1948-49, he said, only stipulated a choice between India and Pakistan, whereas if Kashmiris were ever to be given the opportunity to exercise their right of self determination, they would want independence to be an option.

Besides, the daily realities of life in the valley mean that the inhabitants have other concerns: the continuing human rights abuses which result as a consequence of intense militarisation; the absence of the rule of law, the restrictions placed on freedom of movement are all aspects of their lives which come high on their agenda of present day challenges. ‘There is no family who does not have a family member who is not affected,’ Shah said.

Securing a job and ensuring economic prosperity are also among their priorities. With the recent elections which brought to power a coalition of the Peoples Democratic Party (PDP) and the Bharatiya Janata Party (BJP) in what was formerly an Abdullah-led National Conference (NC) stronghold, the political scenario has also changed. Previously, he said, you would never think of seeing flags of the BJP flying in Srinagar but now you do.

Whitehead concurred; not only had the security situation in the valley of Kashmir improved since the highpoint of the insurgency in the early 1990s, but, he said, Srinagar, Kashmir’s capital, was more prosperous than other cities he had visited in northern India.

Veteran historian Dilip Hiro, author of the recently published book, The Longest August, charting the  hostile relationship between India and Pakistan, dating from partition in 1947 and the beginnings of the dispute over Jammu and Kashmir, had a different perspective. Describing himself as a realistic cynic, he believed there was no immediate prospect of a resolution of the Kashmir issue either through a plebiscite or any other form of negotiation. He did, however, see the Indo-Pakistani relationship improving through cultural and economic cooperation  which, in turn, would help to reduce tensions between the two countries. In the meantime, the Kashmir issue would remain on ‘the backburner’.