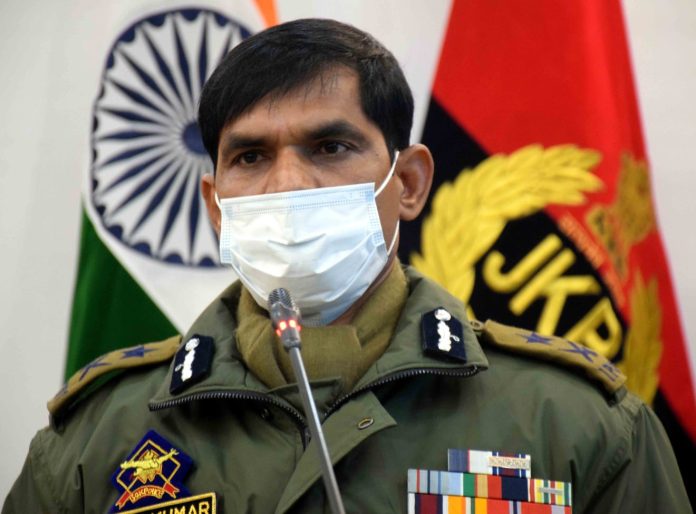 As per Kashmir News Service (KNS), addressing a year-end conference at PCR here, IGP Kumar said that this New Year the prime focus will be given to Narcotics to eradicate it fully.

“This has always been a top priority J-K police to fight the Narcotics. This year around 400 cases related to Narcotics have been filed. 1465 people have been arrested, 88 Kg heroin has been recovered till today.”

He also that 600+ kg charas has been recovered, while 25 people have been booked under PSA for drug peddling.

“In coming days few more peddlers will be booked and in Narcotics we have filed separated cases, while some high profile cases have been handed over to NIA. Moreover, to save our youth from Narcotics, police has started series of initiatives, like counselling for youth,”

He said that ‘Police Community Partnership Group’ has been initiated to involve elderly people of society to fight the drug menace and another step in this regard has been taken is Police Public meeting at the respective police stations to spread awareness among societies.

The IGP said that media and NGOs are also playing a good role in awareness. “Sports are another initiative to fight the drug menace. Beside all this we are collecting data of all those drug addicts to find how we can save them from drug addiction,” he said. (KNS)